What Animals See in the Stars, and What They Stand to Lose 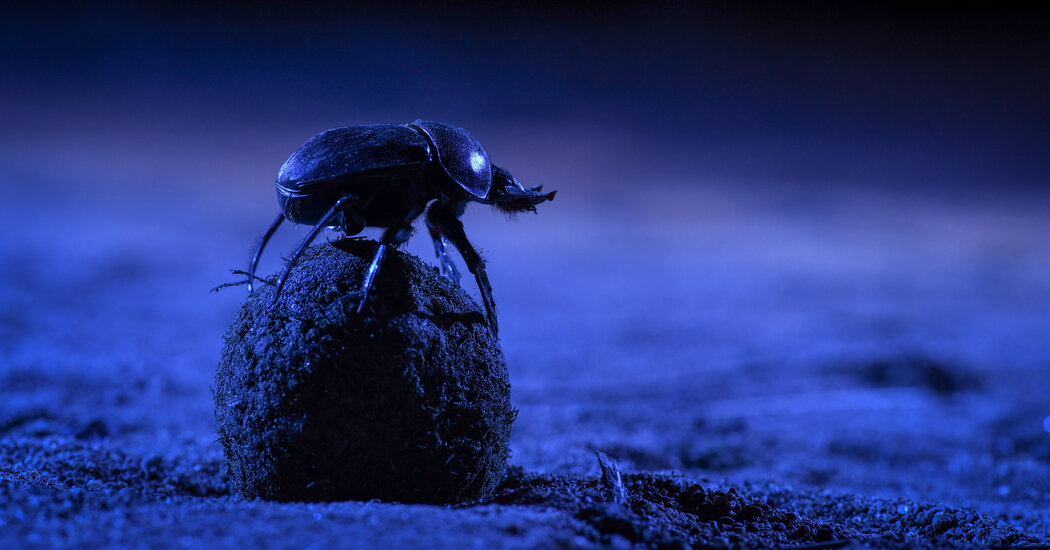 What Animals See in the Stars, and What They Stand to Lose

Nick, a harbor seal, entered the annals of astronomical history when Guido Dehnhardt, a marine biologist now at the University of Rostock, was studying how marine mammals orient themselves. If seals could discern stars, Dr. Dehnhardt and his colleague Björn Mauck hypothesized, that might help explain how the animals are able to complete long swims across otherwise featureless seas.

To test a seal’s astronomical skills, Dr. Mauck devised what must be two of scientific history’s most wide-eyed, wonder-infused experiments.

First the team constructed their seal-o-scope — a tube with no lens, through which Nick was given a tour of the night sky. He consistently pressed his paddle when bright points like Venus, Sirius and Polaris came into view; he could not see as many faint stars as humans can, the researchers determined, but plenty of possible celestial landmarks were still available to him.

Next Dr. Mauck built something even bigger. This time two seals were invited to participate, Nick and his even cleverer brother, Malte.

When ushered back into the pool at a Cologne zoo, the seals entered a dome measuring 15 feet across, its rim resting on a floating ring. The insides of this bespoke aqua-planetarium were lit up with 6,000 simulated stars. “They were immediately swimming across the planetarium and looking at stars like, ‘Oh, what’s that?’” Dr. Dehnhardt said. “You got the impression that they really recognized what this is.”

First the researchers used a laser pointer to direct the seals to where the rim of the dome met the water nearest to Sirius, the Dog Star. If a seal swam over and touched that precise part of the dome with its snout, it received some fish. Then the pointer was aimed directly at Sirius. Again the seal’s task was to swim toward the star and touch the point on the rim directly beneath it.

Then the researchers dispensed with the laser pointer. No matter which way the star-projector was oriented, both seals could eventually swim in the direction of Sirius. That showed, the researchers argued in a 2008 paper, that seals traversing the open sea had the capacity to use lodestars to guide their travels.