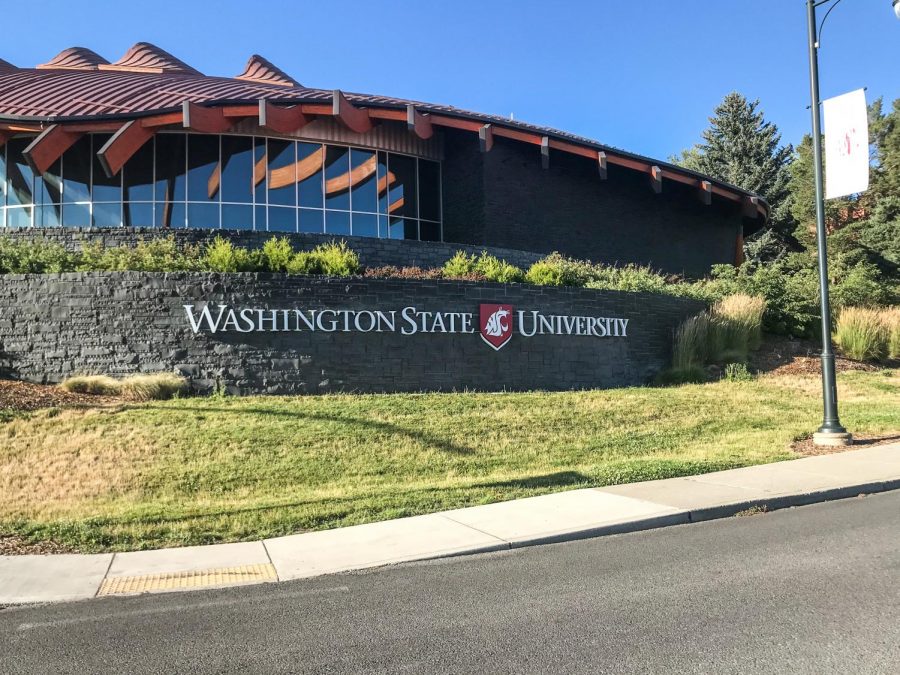 An Ohio-based watchdog organization, Stop Animal Exploitation Now, called on WSU President Kirk Schulz to launch a full investigation into the university’s animal research programs in a letter sent to him on June 29.

SAEN routinely obtains reports from OLAW concerning the use and treatment of research animals at every registered research facility in the U.S. Budkie said he reads all of them.

SAEN filed complaints against WSU in the past. The organization called for penalties against the university when 15 grizzly bears and three bighorn sheep died under WSU’s watch, according to a Daily Evergreen article.

“Washington State University should know that we’re not going away,” Budkie said. “Whether it’s research misconduct or retracted journal articles or Animal Welfare Act violations … or any other kind of malfeasance connected to the use of animals in laboratories, we are going to find out about it and we are going to publicize it.”

An article published in the Journal of Virology in 2018 concerning hepacivirus in horses is among one of the retracted articles. An internal review concluded that an author manipulated “PacBio single-molecule, real-time (SMRT) sequencing data used in analyses presented throughout the paper,” according to the article’s retraction.

WSU faculty declined to comment on whether the university took any disciplinary action against the author. However, WSU no longer employs the author, according to the retraction.

“We have an obligation to protect [the] confidentiality of employees,” said Phil Weiler, WSU vice president for marketing and communications. “There is a publicly available resource out on the web … called Retraction Watch … that does provide probably more detail than WSU would be willing to share.”

Budkie said SAEN filed a complaint with the Office of Research Integrity because of the federal funding involved with the research. SAEN called on the ORI to launch a full investigation.

“I believe the public should have a right to know about the causes and the process of this whole incident,” he said. “A right to know why research that they paid for is being retracted.”

Evanoff also contributed to a 2019 article published in the Equine Veterinary Journal, concerning elevated gamma-glutamyltransferase and sorbitol dehydrogenase activity in Thoroughbreds, according to Retraction Watch.

An investigation concluded the article was “considered to be compromised due to inaccurate PCR data.” Evanoff performed the corresponding PCR experiments, according to the article’s retraction.

“Research misconduct regrettably does happen,” Keane said. “When we find that there are improperly published results, one of the things we do is we ensure that they’re retracted. That’s part of the scientific ethics.”

WSU executive policy No. 33 outlines how the university handles research allegation cases. When an allegation arises, WSU forms an inquiry committee to investigate if research misconduct occurred, he said.

Another article published in 2014 concerning grizzly bears and insulin sensitivity was retracted as well. Author misconduct and data falsification caused the retraction, according to SAEN’s letter.

Weiler said SAEN’s statement regarding reasons for the retraction is a “bit misleading.” A researcher independent of the university engaged in research misconduct, not a WSU researcher.

Heiko Jansen, Department of Integrative Physiology and Neuroscience professor, contributed to the article. Jansen said an Amgen scientist, the senior author of the article, fabricated data.

“I would be willing to bet that very few people have actually read the retraction and were able to see that WSU was exonerated,” he said. “This just gives WSU a black eye for no reason other than we had an association with an employee at Amgen who was unscrupulous and dragged us all down with him. But he’s gone, and we repeated the study.”

Amgen requested an internal review concluding the author manipulated data. Amgen no longer employs the author, according to the article’s retraction.

“The reason the retractions occurred is because of the actions the university took,” Keane said.

WSU has a philosophical responsibility to ensure data is accurate and a legal obligation to ensure public funding is not misused, Weiler said.

“It was entirely justified — but grossly insufficient — to suspend this protocol,” Budkie wrote in the letter. “This suspension should actually have been a termination. Failure to follow protocol, failure to provide adequate pain relief and failure to document surgeries are sufficient grounds to cause anyone to be banned from performing future surgeries.”

WSU also failed to administer a second dose of pain relief to rats undergoing cannulation surgery, according to the Nov. 24, 2020, correspondence letter.

IACUC protocol called for a dose of meloxicam before and after the surgery. However, the surgeon and principal investigator later determined staff did not administer a second dose, according to the correspondence.

A Dec. 3, 2019, correspondence revealed that eight mice died — four of which were found dead and the other four humanely euthanized. Staff administered mice an intramuscular injection of 50 microliters of glycerol — higher than the 25 microliters outlined in the protocol.

“These incidents have clearly demonstrated a multi-year pattern of negligence and carelessness which must be addressed,” Budkie wrote in the letter. “Otherwise, Washington State University will have absolutely no credibility with regard to experimentation.”

Weiler said WSU is “being eminently transparent” about disclosing research-related issues to the public by retracting articles. WSU self-reported the animal welfare cases outlined in the letters sent by Keane.

“Any concept that Washington State University is being open about their use of animals in laboratories is a misrepresentation,” Budkie said. “They are not [filing reports] out of any attitude of openness. They’re doing it because they’re required by federal regulations.”