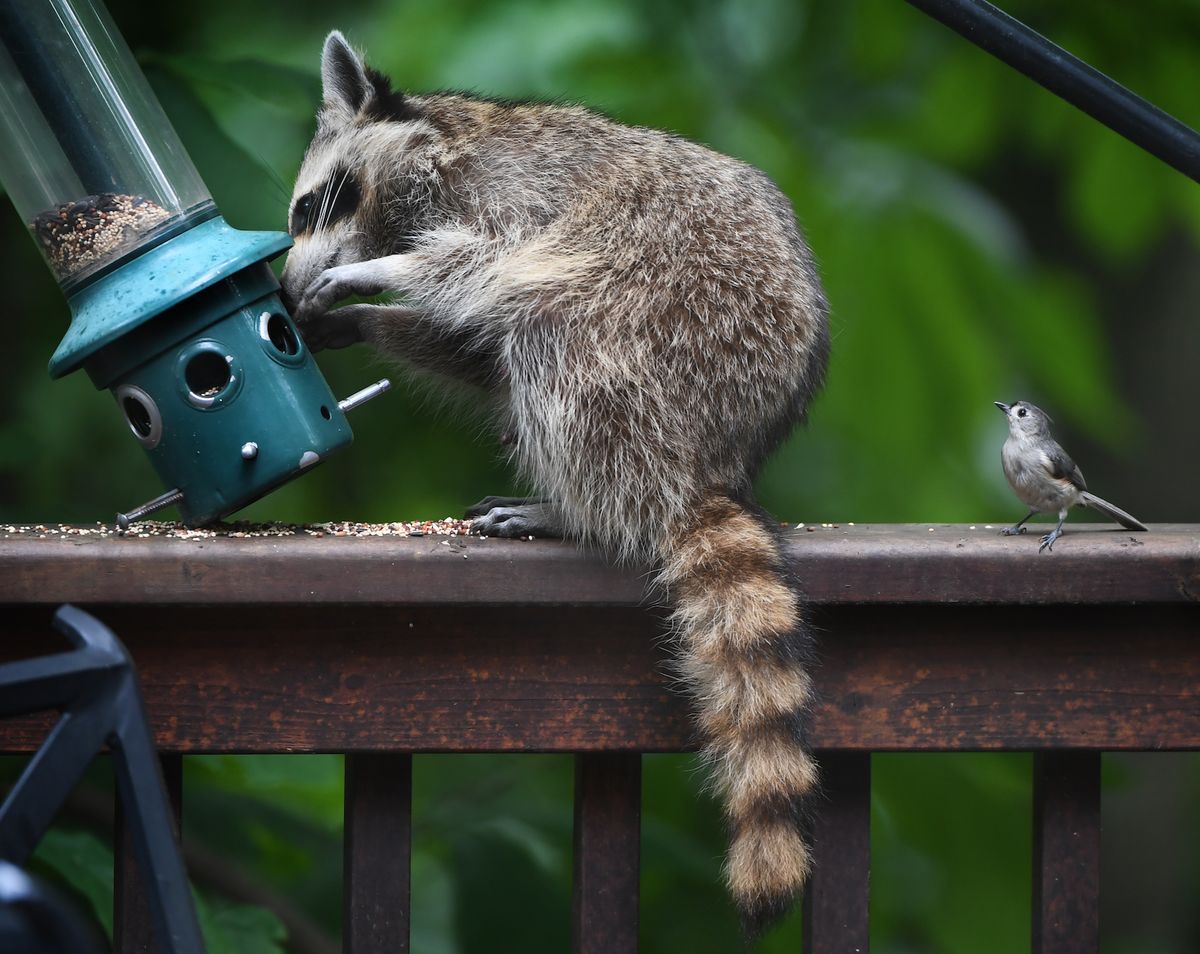 Parents will do almost anything for their young. Bird parents are no exception, and many go to great lengths to build the perfect nest for their chicks.

Many birds take this duty to a new level by plucking hair off of living animals in order to fill their nests, an analysis of YouTube videos shows.

The inspiration for the new YouTube study came in 2020. Study co-author Henry Pollock, a postdoctoral researcher in ornithology at the University of Illinois at Urbana-Champaign, and his colleagues were surveying birds in a public park when they noticed a tufted titmouse (Baeolophus bicolor), a small, gray-and-blue bird with a pointed black head crest. The bird was a common sight in the park, but the biologists were shocked by what it was doing: standing on a raccoon’s back, plucking hair from the animal. “At that moment, my curiosity was piqued,” Pollock told Live Science.

Related: ‘Trash parrots’ in Australia have figured out how to open garbage cans (Video)

Titmice are members of Parulidae, a bird family known for building nests that contain mammal fur. Ornithologists had assumed that the fur typically came from animal carcasses or shed hair, Pollock said. “There’s a lot of evidence of birds using hair in their nests,” he said. “Where that hair is sourced from has never really been investigated.”

Pollock searched for academic explanations for the baffling behavior and came up short. There was one paper published in 1946 by a researcher named A. C. Bent, who described seeing a titmouse pull hair from a red squirrel’s tail. But the occurrence was reported more as a curiosity than as an example of a widespread behavior.

When Pollock realized there were so few recorded observations in the scientific literature, he turned to YouTube. A simple search revealed dozens of videos of birds braving big animals to steal their hair, presumably for nest material — suggesting the behavior was widespread.

In their recent paper, Pollock and colleagues wrote a formal scientific description of the hair-pulling behavior, which they referred to as kleptotrichy, from the Greek roots “klepto-,” meaning “to steal,” and “trich-,” meaning “hair.” They cited previous anecdotal descriptions of avian hair pulling, as well as dozens of YouTube videos showing birds pulling hair from dogs, cats, raccoons and even humans.

As for why the birds steal hair as opposed to scavenging it, Pollock could only speculate. “There’s a clear fitness benefit to the behavior, or it wouldn’t have evolved,” he said. Some birds are known to use hair to keep nests warm, he added, but that doesn’t explain why they would go to the effort to pluck the hair from live animals or why tropical species also incorporate animal hair into their nests. Another possibility is that using fur from live animals helps the birds avoid predators or parasites, but that hypothesis is untested, Pollock said.

Pollock credited citizen scientists for bringing attention to a behavior that had mostly escaped the attention of scientists. “There is a utility to bird-watching and popular media,” he said. “It can give you a new perspective that you might not always get from the stuffy scientific literature.”

The paper, “What the pluck? Theft of mammal hair by birds is an overlooked but common behavior with fitness implications,” was published July 27 in the journal The Scientific Naturalist.