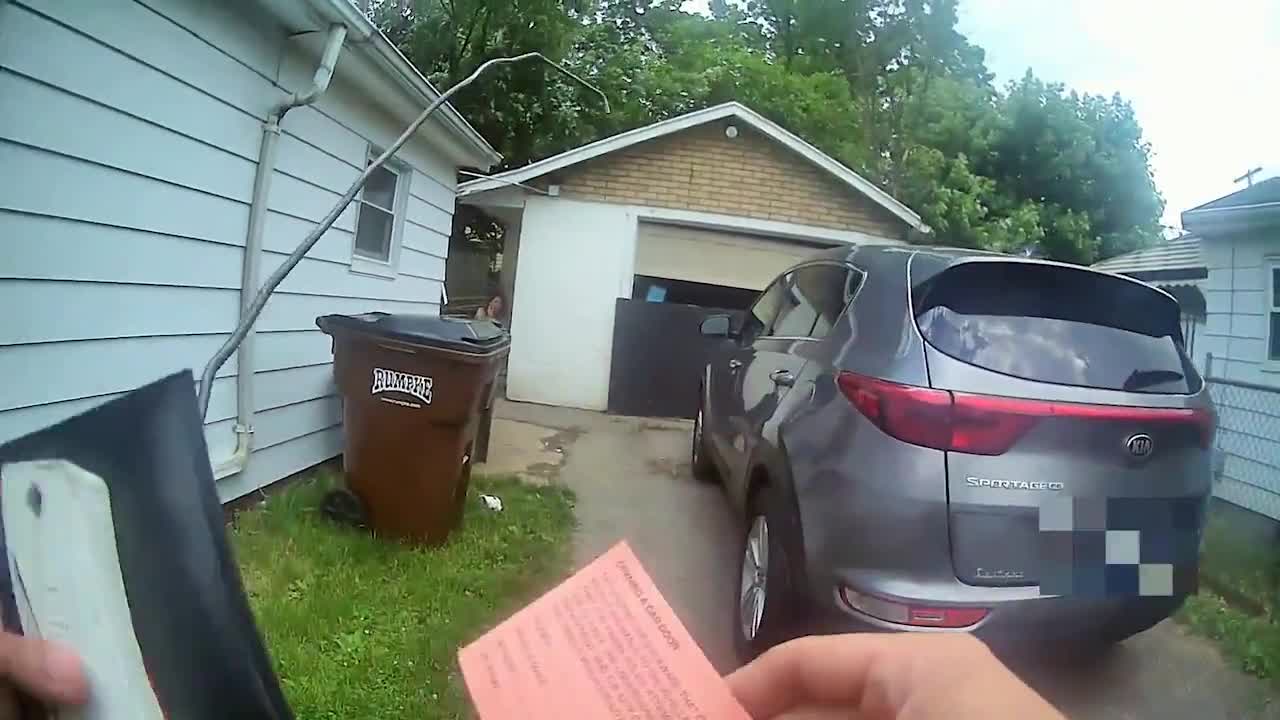 Officers responded to the Kenmore Avenue home of Kasey Wise, 31, at around 2:45 p.m. on June 10 after Wise called 911 to report she was locked out of her car with her pet husky motionless on the back seat floorboard inside.

Wise told the 911 dispatcher the dog had been in the car since about 4 a.m.

The body camera video shows a police officer arriving to unlock the SUV as Wise pleaded for help and told the officer the dog was not moving. The officer called for assistance from Parma Animal Control officer Julie Kocik, who arrived and found the dog dead inside the vehicle.

An officer detained Wise, and as she was being led to a police cruiser, the video shows Kocik telling her, “Get out of here before f****** kill you.”

The video later shows Wise telling officers the dog had been in the vehicle since noon, claiming she put the dog there to stay cool in the vehicle’s air conditioning, and the vehicle died.

“My car was running the whole time, and then I took him out, and then put him back in with the car running like I do, and the car died,” Wise said on the body camera video.

According to court records, Wise is facing a charge of cruelty against a companion animal and failed to appear for a hearing in Parma Municipal Court before the case was bound over to Cuyahoga County Common Pleas Court.

A spokesperson for the Cuyahoga County Prosecutor’s Office said the case is currently pending before a grand jury to consider felony charges under Goddard’s Law.

An incident report states a neighbor told investigators that Wise had put the dog in the vehicle for extended periods of time in the past.

The Parma Police Department released the following statement to FOX 8:

Our animal control officer is passionate about her job and animals. She regrets allowing her emotions to get the best of her and, in this matter, was counseled by the safety director about her reaction. It is important to note the defendant has current charges pending under State of Ohio Goddard’s Law and a significant court history of 20 citations since September 2020 for animal-related violations, including:

2. Failure to Comply with Requirements for a Dangerous Dog

4. Failure to Comply with Animal Registration

5. Failure to Comply with Quarantine