It was sometime in March of this year when I saw Nigel Nunn’s inspired sketch “2020 Fly Box” and reached out to him asking if he’d mind sharing that piece and maybe a few others in a T.F.M. post.  He agreed but said he was pretty busy at the moment and when I circled back on our email conversation the other day, he said that he had a story to tell now that brings even deeper value to this sketch and his others.

Longtime readers should know that I have a real soft spot for artists and Nigel’s work is just so fun with a style that slightly cartoons the realisms of a hand-tied fly.  It’s great to hear that he’s been well through the pandemic, his eyes are working again, and he’s back at the vise too with his sketch book nearby.


A little voice inside my head said
“Don’t look back you can never look back…”
Don Henley, The Boys of Summer
Nigel wrote…  “I’ve never really liked to look back on things too much, but when invited to write a few words for The Fiberglass Manifesto about my 2020 fly box, it was unavoidable and perhaps both necessary and healthy to do so, especially as we come to the end of such a year as this. Who really knew as I sent out some boxes of flies to friends, mainly as a series of thank you’s and to coincide with a piece I’d written and illustrated for the Spring issue of Fly Culture magazine, that life would change so drastically? I remember getting the last parcels out in the post and receiving my copy of the magazine literally as we went into a lock down that would last months.
I only started fly tying a few years ago. I’ve fly fished pretty much all my life and it was at the suggestion of Bruno Vincent (now of the Wild Trout Trust) that I came to one of his fly tying classes held in a rather dingy top room of a London pub. We sat around the table and were introduced to a world of wax, thread, hooks, fur and feathers that quite made us forget about the scurrying sounds on the floor around us, the questionable beer and even more questionable pork pies, to a world that up to that point most of us had only purchased by the handful out of plastic cabinets. I still remember the first fly I tied, a red buzzer, just a hook and some red thread… that was it, that was enough to show me what was possible. For the next few years I probably spent more time fly tying than I did fishing. In fact I do spend a lot more time fly tying than fishing, not just because of Covid but because I really enjoy it.

Once I’d started tying, and after that amazing moment when you first catch a fish on a fly that you’ve tied yourself, you begin to notice things more… this was rather ironic for me, because as I began to look at insects and hatches more and more, my sight seemed less and less. This, I found out to be cataracts in both eyes, and while I waited for appointments and operations things definitely became more blurry. I started to draw/sketch out flies more than I was actually tying and also to use these sketches as an aide-mémoire for patterns that were finding their way out into the world. I’m forever grateful to friends who act as fly testers for me, often receiving brown envelopes with experimental patterns to try out on various rivers. This has been invaluable to help tweak and refine ideas that otherwise would still only be sketches or a forgotten fly in the corner of a box.

The 2020 fly box was a celebration of all the above. If there’s one thing I think all flyfishers and fly tyers are searching for, it is the holy grail of that one fly box. The fly box that contains all you need, and while I’m still not there yet, as the new season approached these fly boxes had everything that I’d worked on and worked out to date. Little did we know that as soon as they were sent out we wouldn’t be allowed to go fishing. I remember hearing from Zoe Latham that she got out on the last afternoon before lockdown to a small Dartmoor stream and started with pattern 1. The ‘Real’ Emerger and had a rise to the fly. That promise of what was to come kept a lot of us going through the long months of Covid ahead and when we could finally get out to fish again made us appreciate it all the more.

As I write this now, on the 28th of December (with newly fixed eyes!), it doesn’t seem so bad to look back. In fact, overnight I learned of an Australian fly tyer who had seen one of my flies and tied up his own version. The fly was the ‘Real’ Emerger, the first fly of the 2020 box and one that is featured in the photos I sent to Cameron for this article. You can see the sketches and list of materials as well as the fly itself here. Also, some more of my own patterns like the Gypsy Queen, Shaggy Olive and the YPT as well as patterns by other fly tyers that have inspired me (Glen Pointon’s Deadly Olive and Phillippa Hake’s Dyret). I hope you enjoy looking at them and maybe they’ll even inspire you to tie up a few… they’ll definitely catch fish! 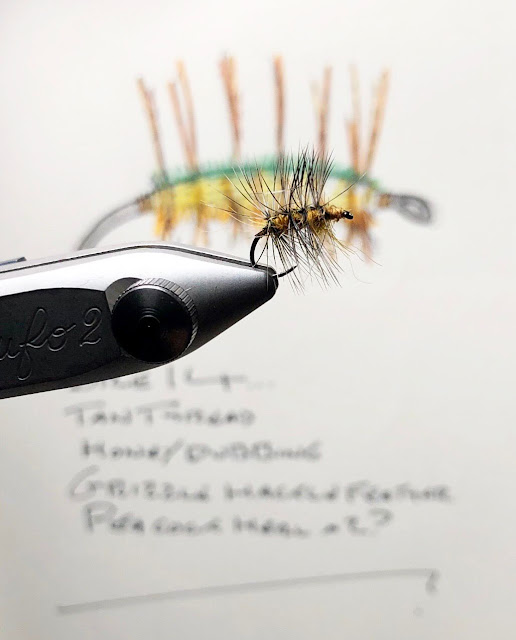 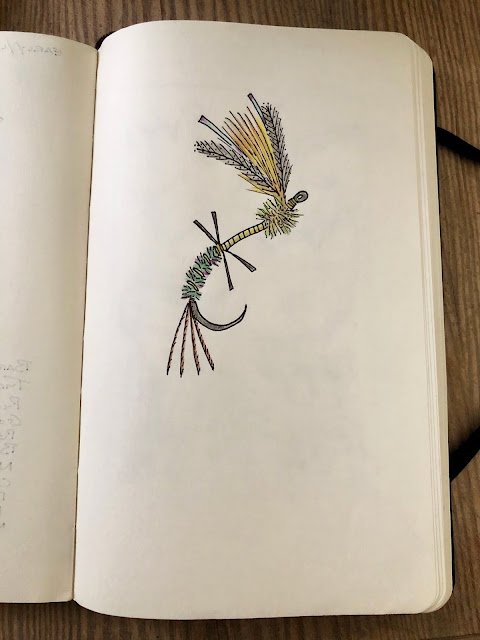 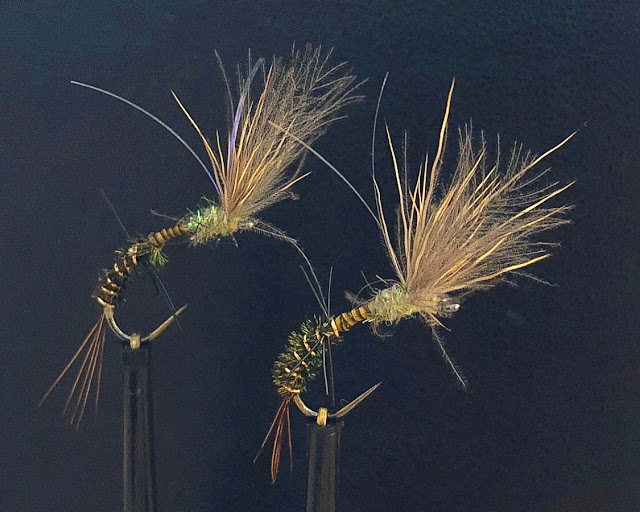 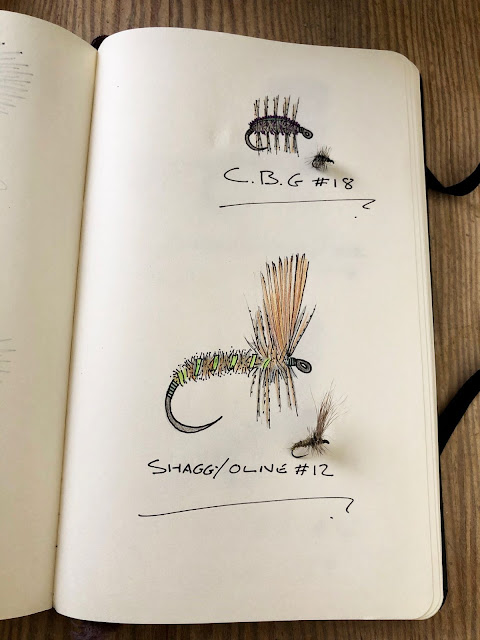 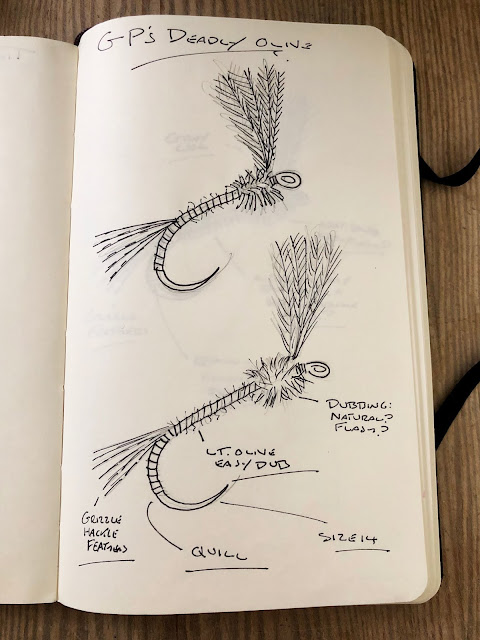 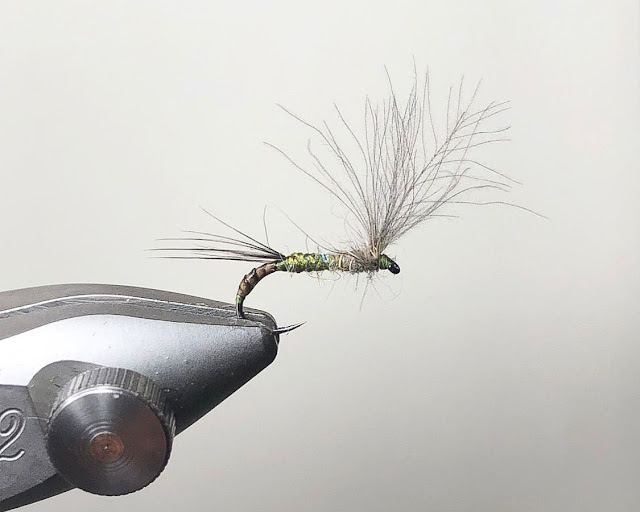 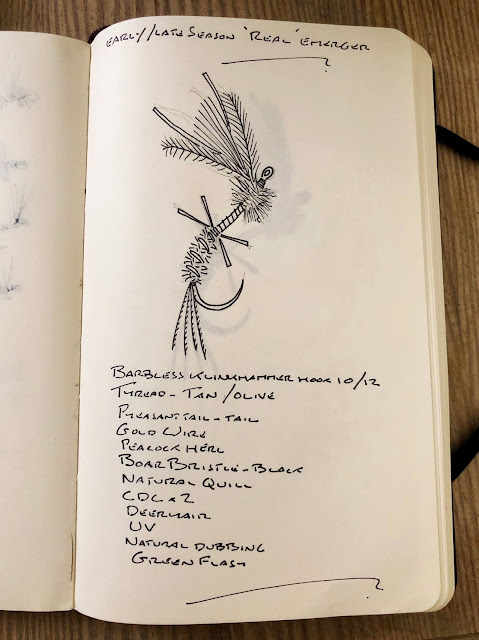 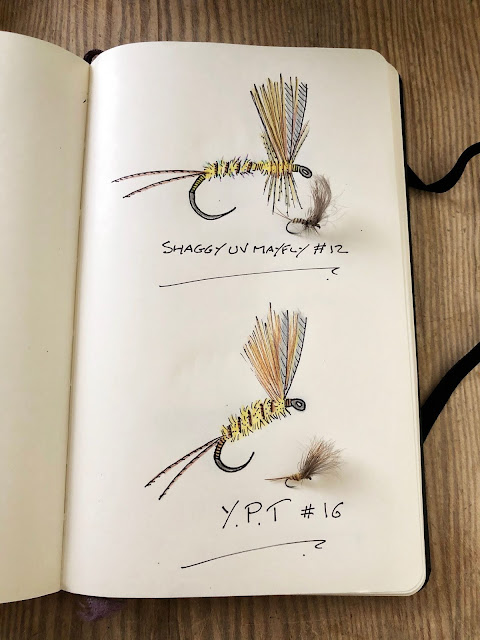 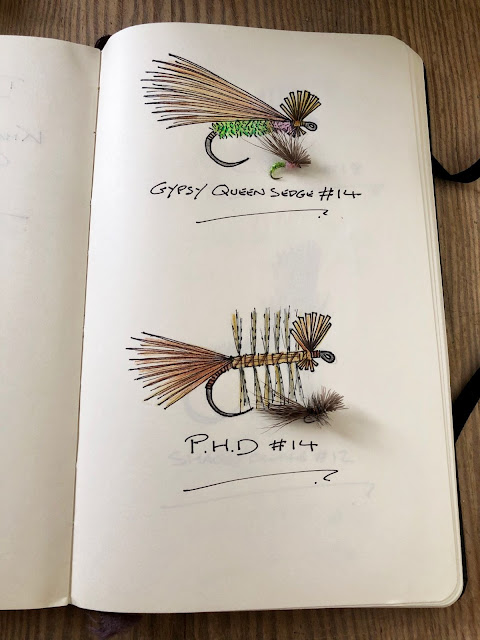 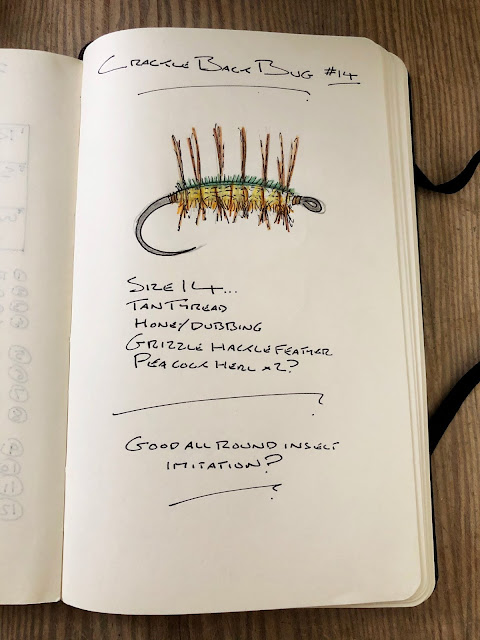 See more of Nigel’s work on his Instagram page and you should consider giving him a follow too.