Kittens Brought Back from the Brink by Team of Rescuers, Blossom into Gorgeous Cats

Kittens Brought Back from the Brink by Team of Rescuers, Blossom into Gorgeous Cats

A little calico and her siblings were found in rough shape. With help from a team of rescuers and volunteers, they were brought back to health. 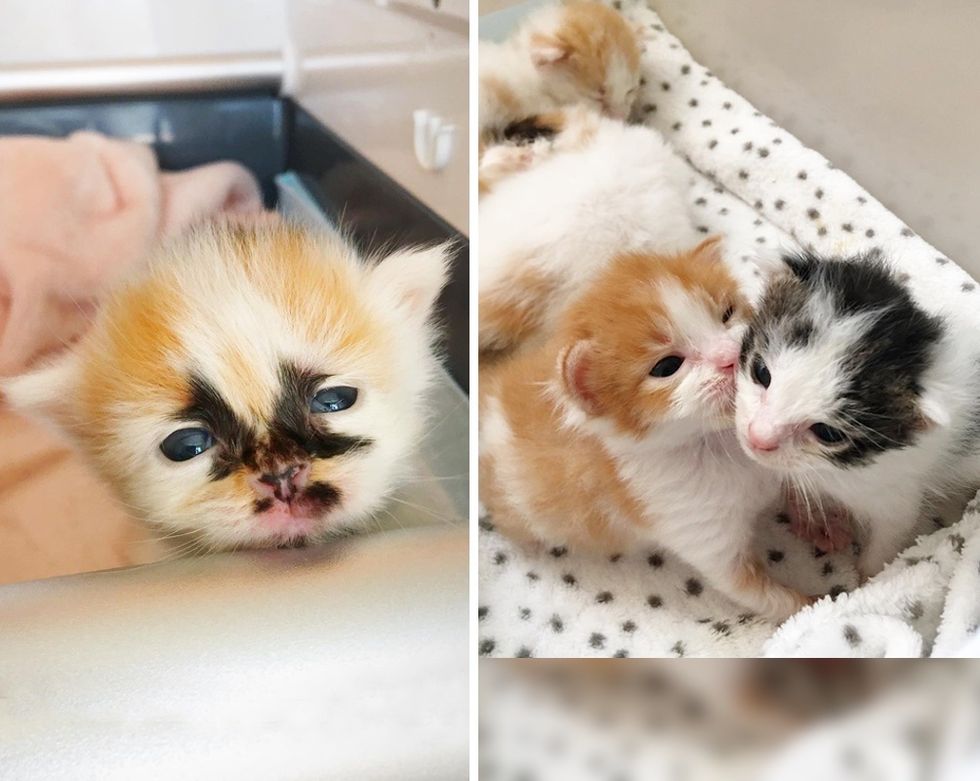 Two weeks ago, Wrenn Rescues (an all-volunteer rescue in Southern California) was contacted about a litter of four kittens needing urgent help. They were found in rough shape and just skin and bones.

Ashley Kelley, a foster volunteer of the rescue, sprang into action and got the kittens within hours after they arrived at a local shelter.

The kittens were very malnourished and dirty, which indicated that they had been away from their mom for quite some time. “These babies have been on their own for at least a couple days,” Ashley shared. 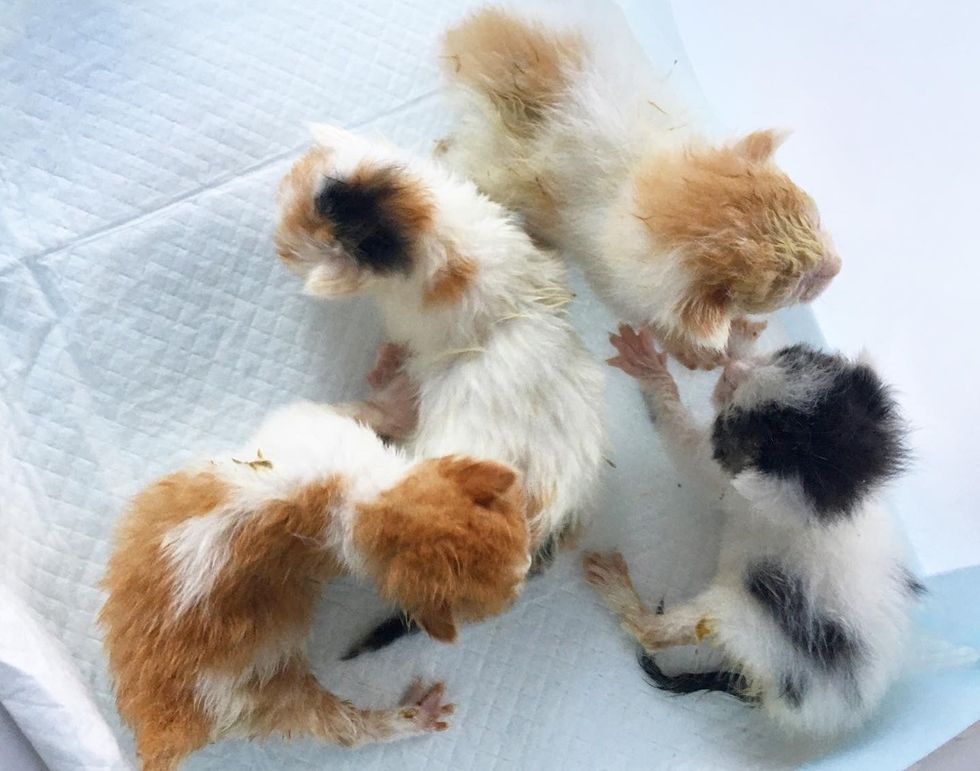 The litter was covered in fleas and filth and had a lot stacked up against them. Despite it all, they showed incredible will to live, kept their siblings close and helped cheer each other on.

After getting all cleaned up, they snuggled in their cozy, warm bed with full bellies, making up for lost sleep. 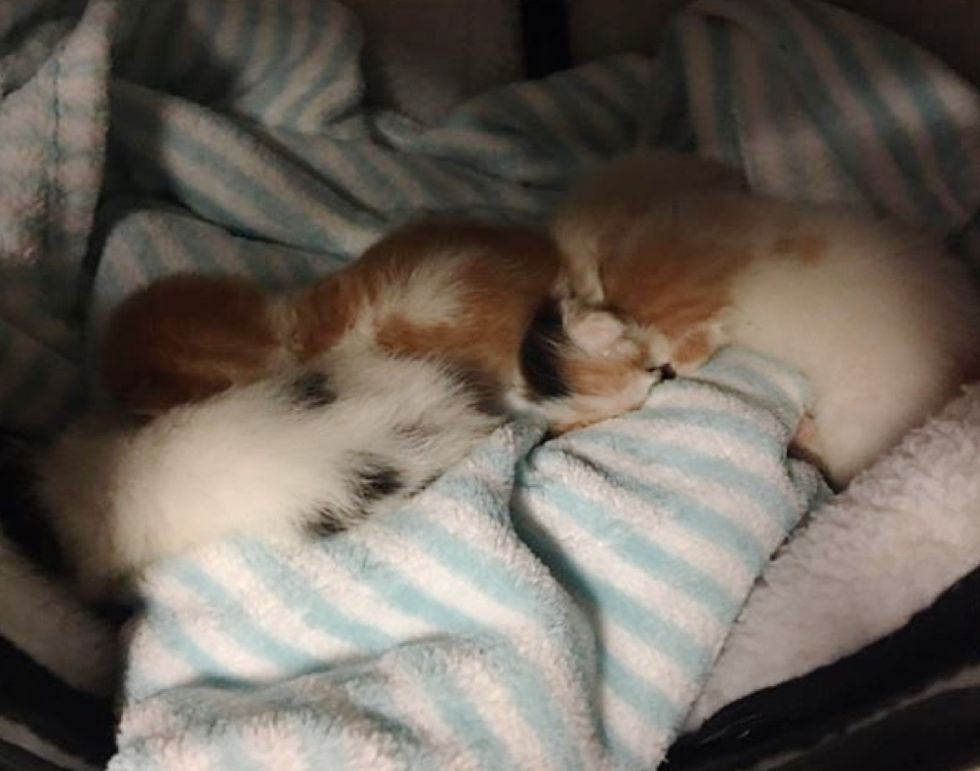 Wirt (gray and white) was the runt, and Gregory (orange and white) was the biggest of the litter. Lorna, the (cream-colored) ginger girl, spent the first few days snoozing a ton. “She is the second smallest and definitely the most sleepy of the bunch.”

Auntie Whispers, the calico with unique facial markings that resemble a Rorschach test, was determined to grow big and strong. 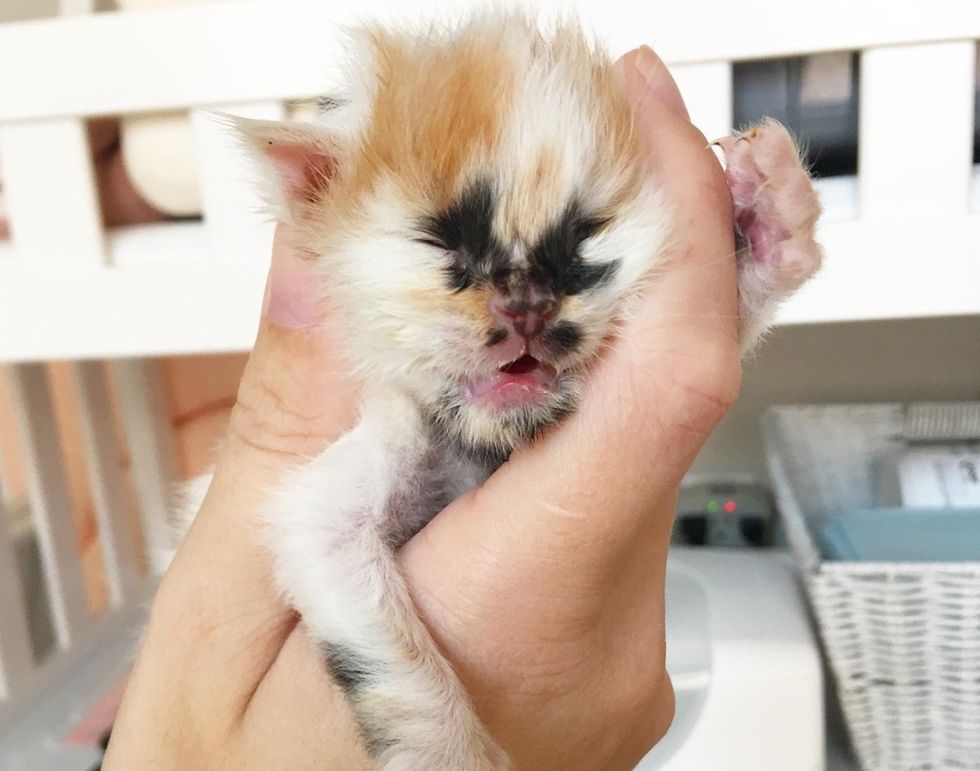 Ashley started treating them for eye infections and tummy problems, and working on nursing them back to health. Jen Marder of Wrenn Rescues stepped in to help to ensure all four kittens would get optimal care.

With around the clock feedings, supplemental care and lots of TLC, the kittens perked up and started to thrive. 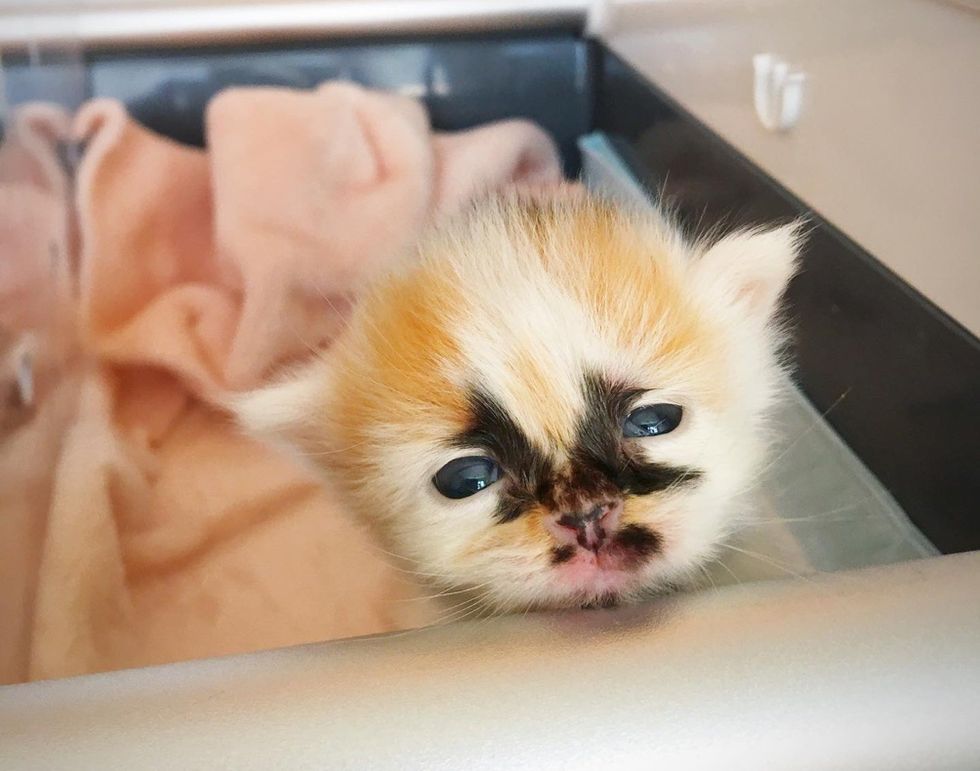 At around three weeks old, little Greg already figured out how to demand cuddles. He and his brother formed a close bond and the two were constantly snuggling day and night.

“Greg and Wirt are such a sweet pair. I haven’t had many kittens pair off like this, this early! These two are always together, and it’s the sweetest thing,” Ashley added. 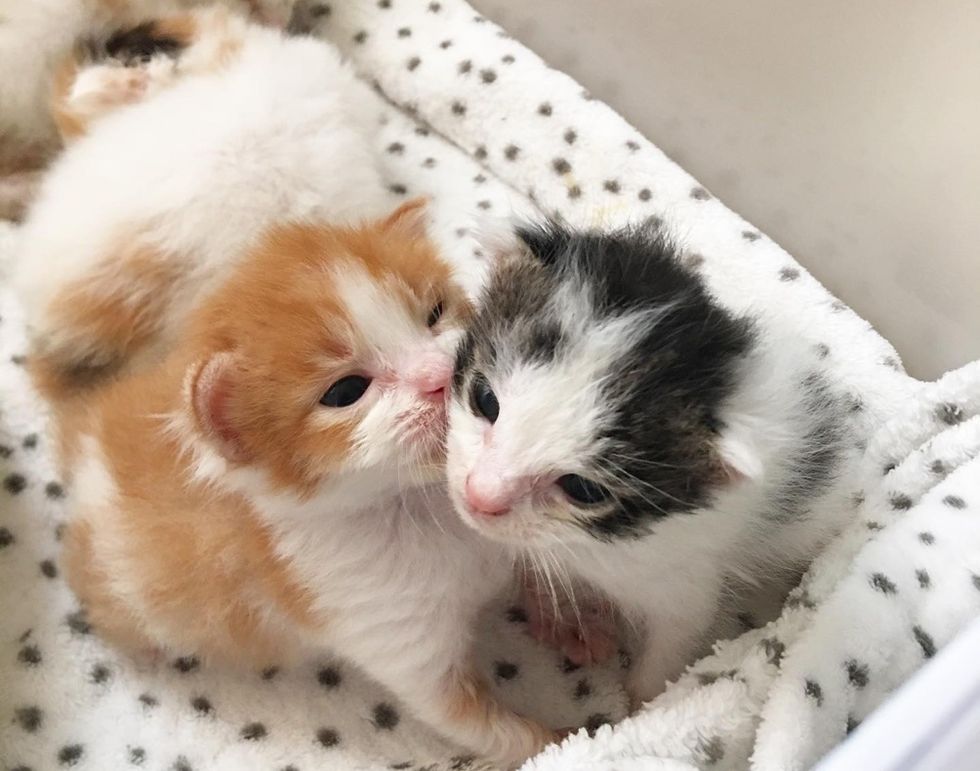 Greg the kitten and his best friend WirtAshley Kelley

Watch the kittens in this cute video:

“Lorna has a case of resting grumpy face, and Auntie Whispers is the sleepiest, chonkiest baby ever, and doesn’t have a care in the world.”

As soon as the calico’s personality began to emerge, she pulled no punches with her new-found sass and cattitude. 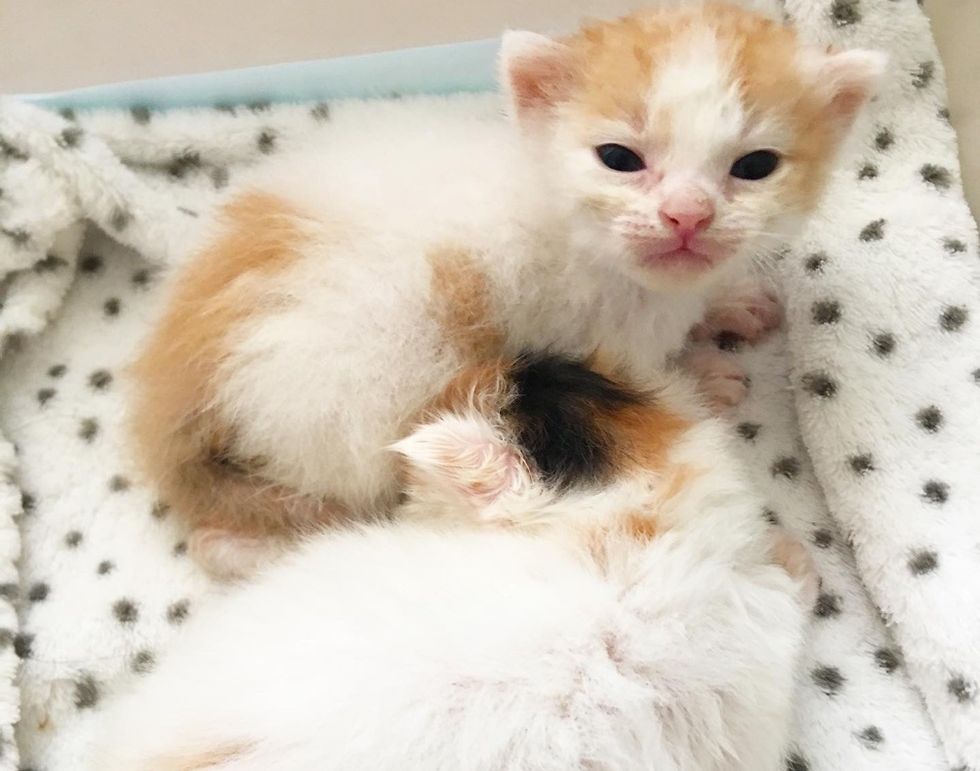 Lorna the kitten cuddles with her calico sisterAshley Kelley

Auntie Whispers is not shy of voicing her many opinions. “She is definitely a sass bucket,” Jen told Love Meow.

In just two weeks, the little calico has really filled out and garnered herself a healthy, round belly. She’s made incredible gains and is dialed in on her eating and sleeping game, preparing herself for the next stage of kitten-hood. 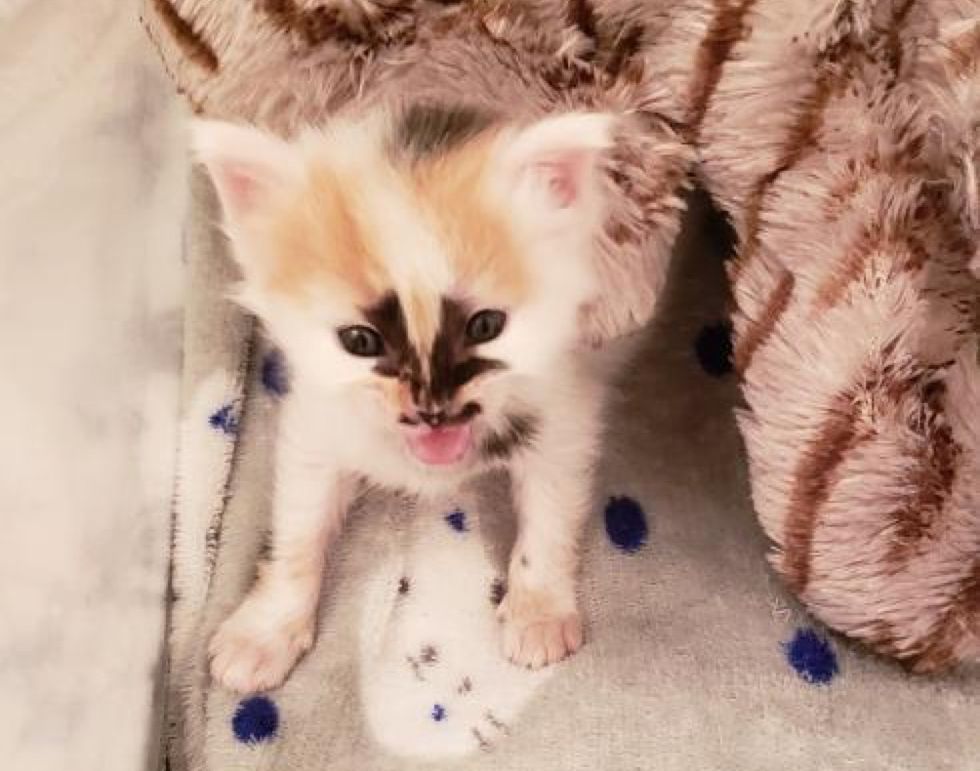 “She eats, meows a bit to let me know she still doesn’t like me, and then goes back to napping,” Ashley said. “This girl has been too sick to eat on her own but clearly has no problem growing when given nutrition.”

Now that she’s back on her paws, she fully embodies the calico attitude. 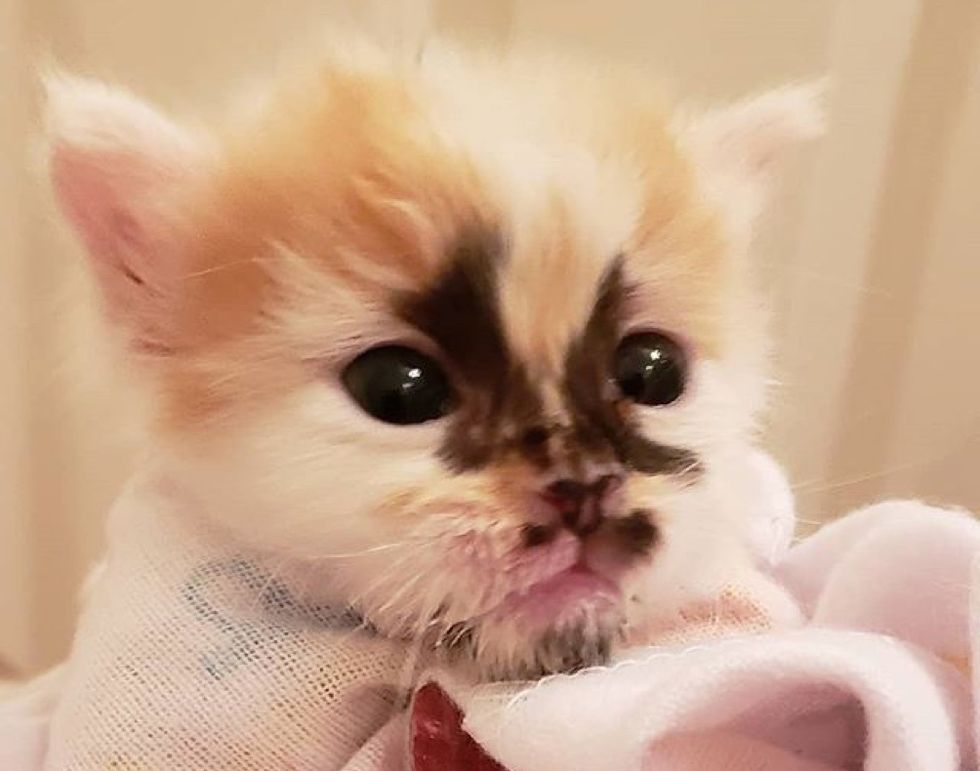 “Wirt is the sweetest little man with such a big personality! He’s doing really great now that he’s drinking the bottle on his own. Still not a big chubs like his siblings but he’s gaining steady weight,” Ashley said.

“His purr is intense and his grumpy cuddle-demanding meows melt me.” 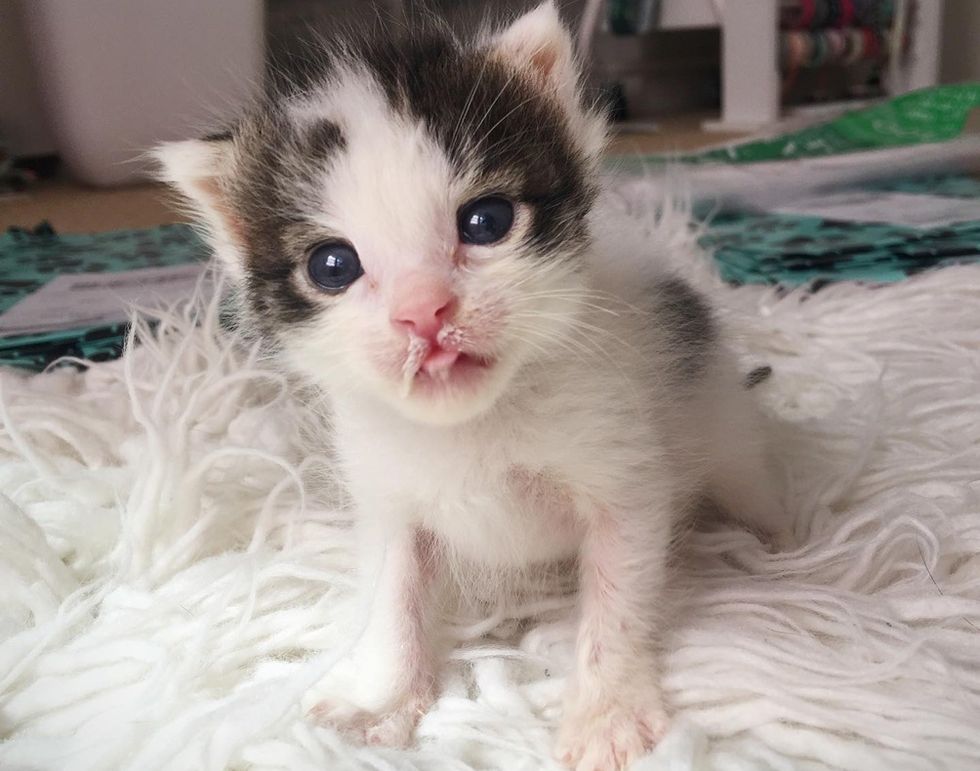 The kittens have made a 180 in less than two weeks.

Their little legs are getting stronger every day, and they can’t wait to start putting them to good use. 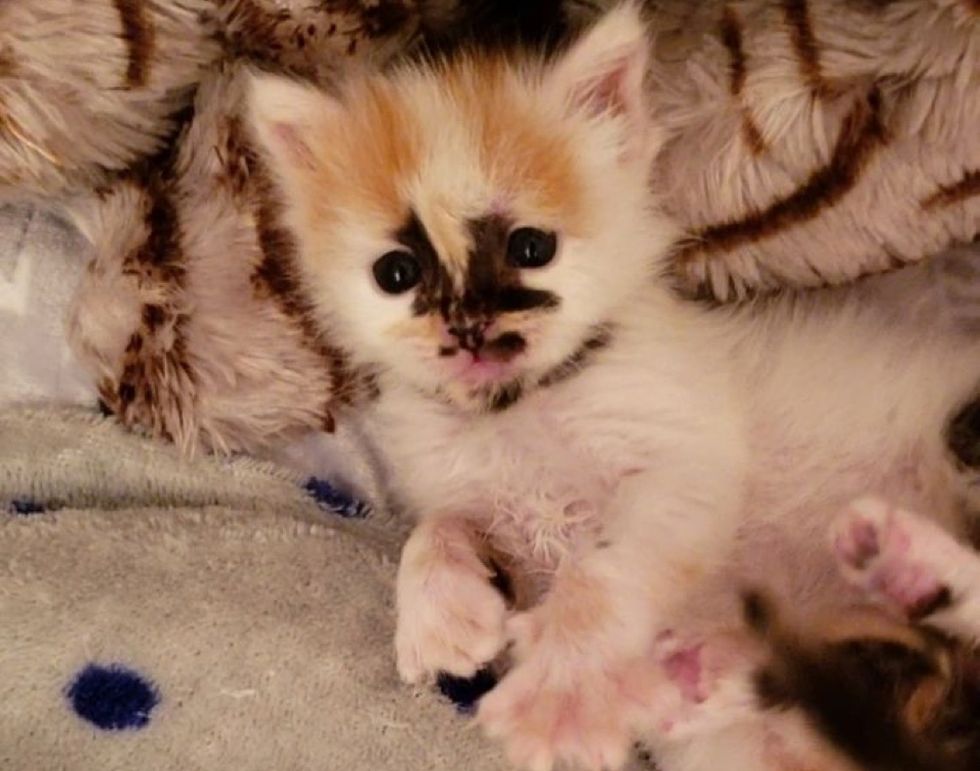 Related story: Cat Walked into Woman’s Apartment with a Kitten, Then Came Back with More

Before Facebook and Instagram, families posted their favorite landscape images on the refrigerator. And before that, loooong before that, they used actual landscapes. At least, they did in Peru, where the massive likeness of a cat has been discovered etched into the side of a…

A stray cat found the perfect family for help so her kittens could have a chance at a better life. Ashley Morrison @youngestoldcatlady A cat wandered her way to a barn in Lake Chelan, Washington earlier this year. A neighbor started caring for her after…

Two police officers were fired from Rockland Maine Police Department after brutally beating porcupines to death with retractable batons while on duty. Addison Cox, 27, and Michael Rolerson, 30, were criminally charged with Class C aggravated animal cruelty and a misdemeanor count of night hunting.…

Kittens Found Left Behind in Parking Lot, Have Their Lives Turned Around by Kind Couple