Kitten Half the Size He Should Be, is Determined to Live Full Life After Being Found without Mom

Kitten Half the Size He Should Be, is Determined to Live Full Life After Being Found without Mom

A tiny kitten who is just half the size for his age, is determined to live a full life. 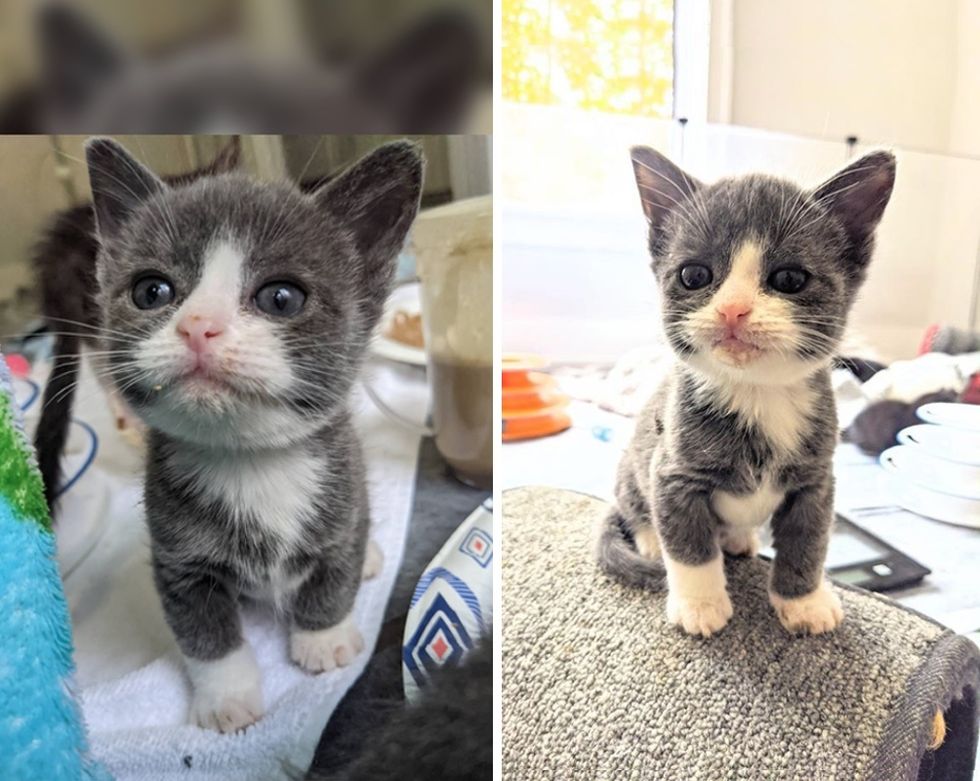 A litter of kittens was brought to FosterBabyCats, a kitten rescue based in Columbus, Ohio, after they were found abandoned by the cat mom.

The Good Samaritan who discovered them, waited a week for the mother to return but it was to no avail. One of the kittens, named Piper, was just half the size of his siblings.

“After that week was up, the kittens all arrived at the rescue. Piper was dealing with some aspiration pneumonia and started antibiotics right away. I also noticed some swelling in his paws,” Jillian of FosterBabyCats shared with Love Meow. “I specialize in orphan neonatals because it’s sadly such an overlooked group (in shelters).” 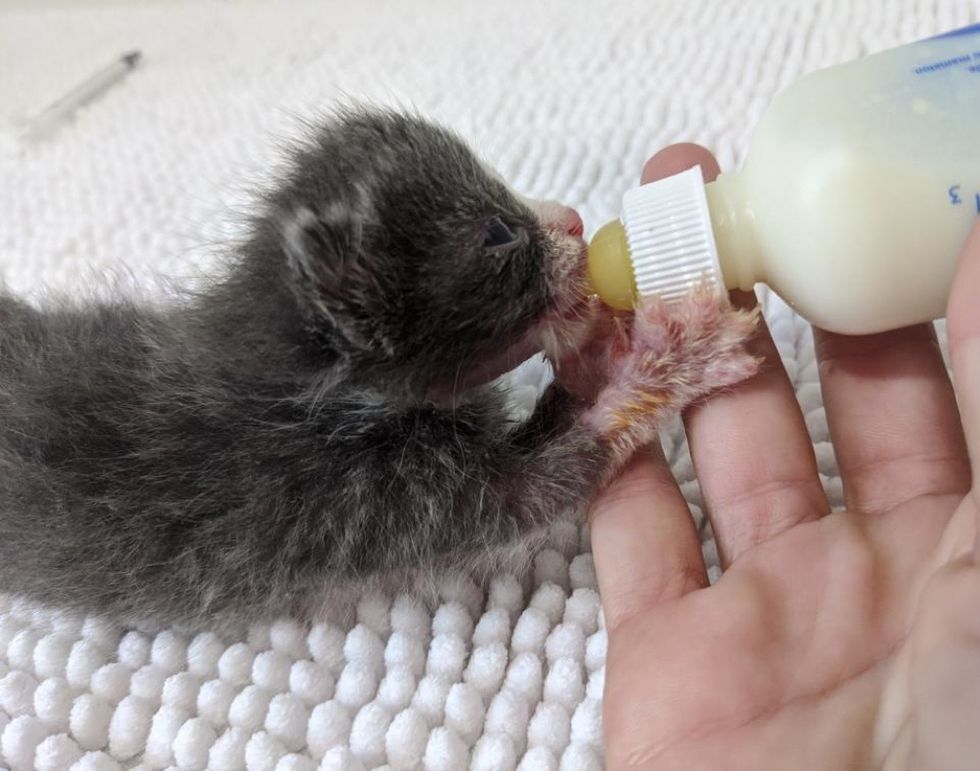 Jillian began around the clock bottle feedings as well as supplemental care to help boost the kittens’ immune system and bring them back on their paws.

Despite all the odds stacked up against them, Jillian was there alongside the kittens, fighting for their lives. For the first three weeks, Piper was just palm-sized and much smaller than his litter mates. 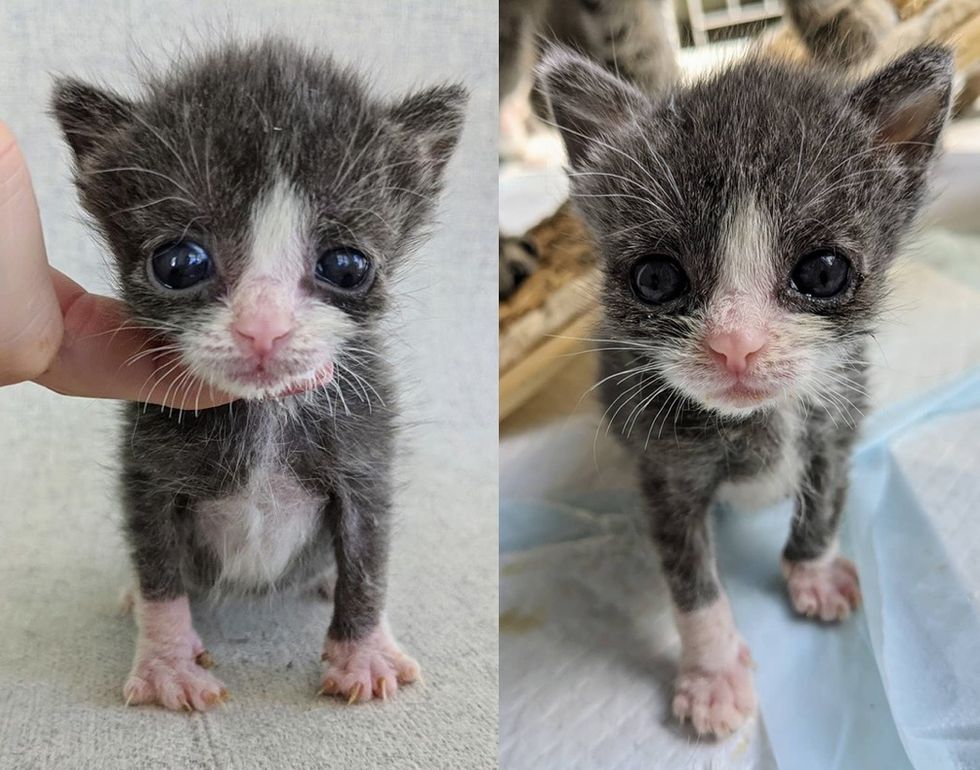 Between feedings, the kittens spent most of their time napping away in the comfort of their incubator (which helps regulate their body temperatures).

After many sleepless nights and intensive care from the foster mom, four of the five kittens pulled through and started to thrive.

Piper, the runt of the litter, is a fighter to be reckoned with. 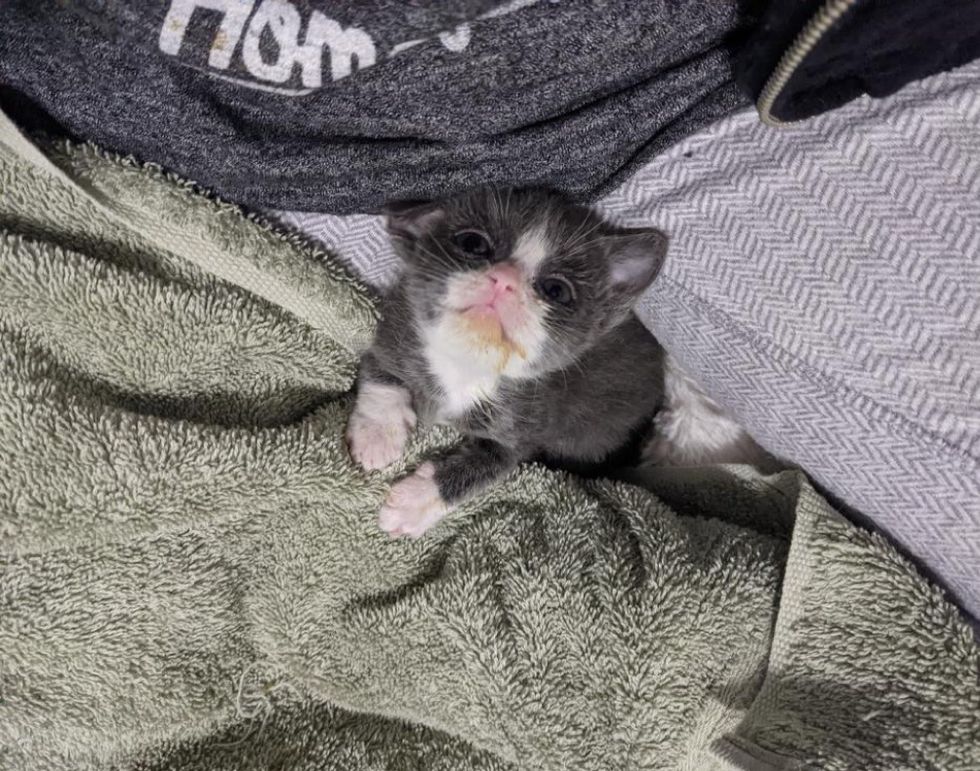 The tiniest kitten was a bit behind in development, so Jillian amped up the feedings for the little guy and showered him with love throughout the day. Sweet Piper would roll on his back for rubs after getting a full belly.

He is always in good spirits and so happy to be cared for. The clingy little baby has grown quite attached to his foster family. 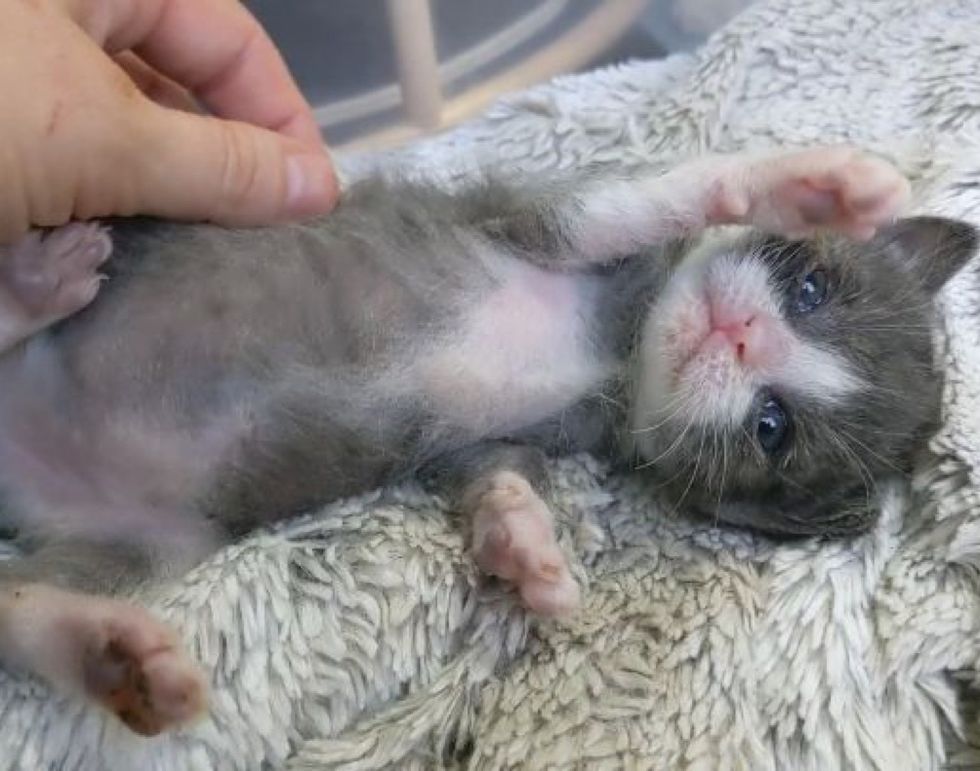 Piper has been treated for a mild eye infection and swelling in his paws. The little warrior kitty is healing up nicely and has made incredible strides.

As soon as he figured out his legs, he started playing and wrestling with his litter mates and really held his own. “Piper is still much smaller than his siblings, but he’s a tough little dude,” Jillian said. 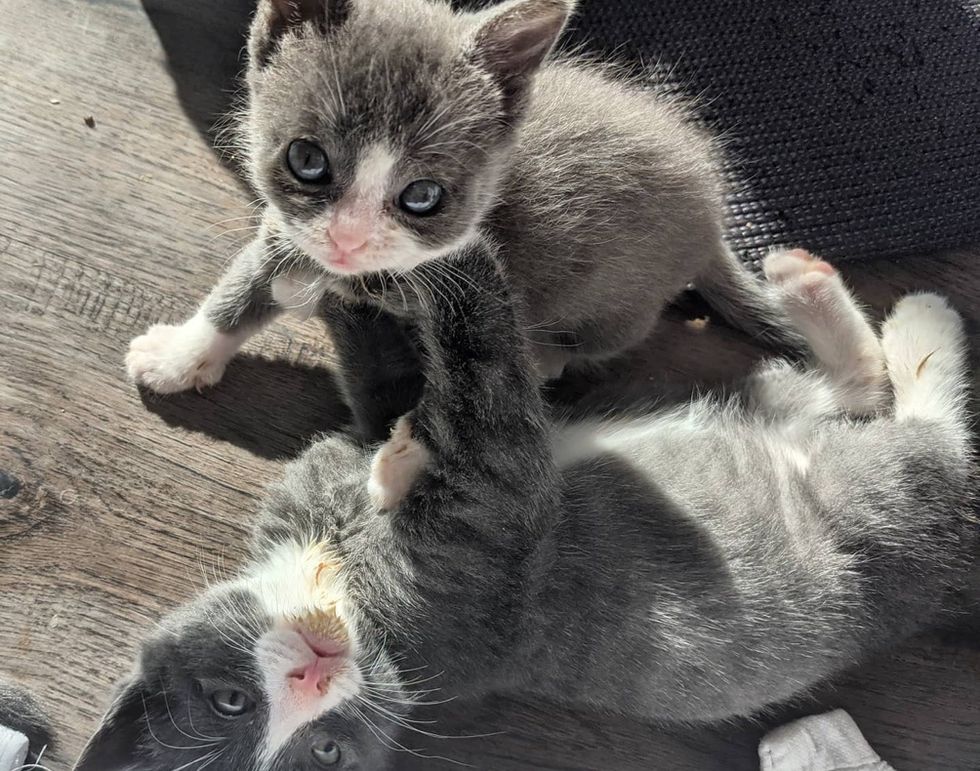 Piper is thriving in foster care and has finally hit a growth spurt. In just two weeks, the tiny kitten has really filled out and grown a big appetite. 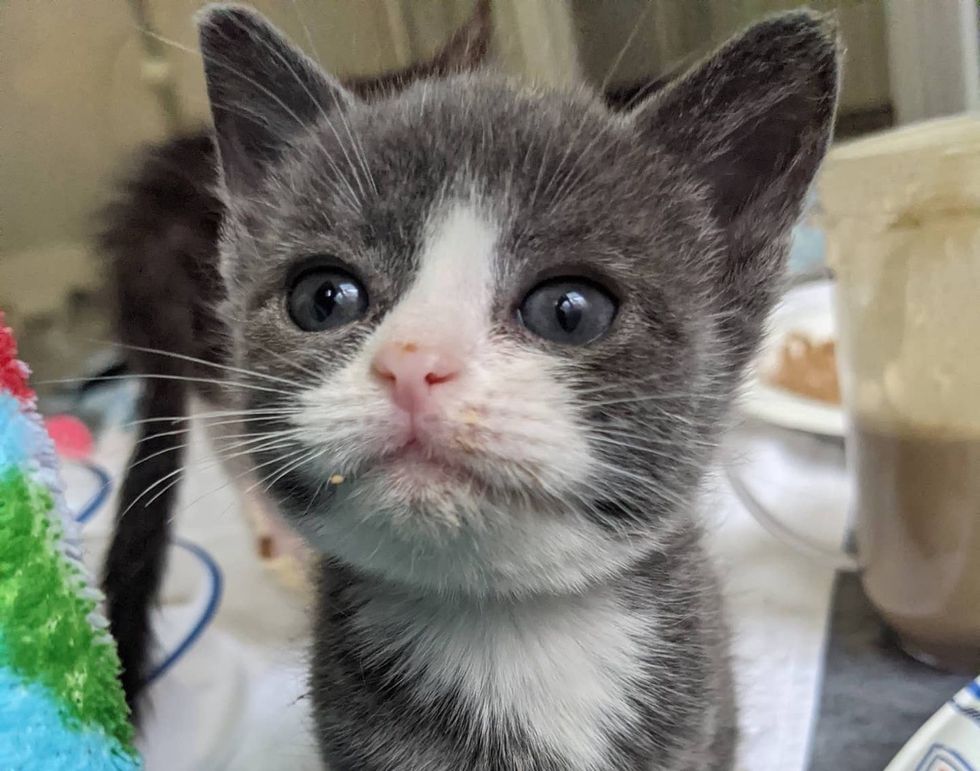 The little bundle of joy relishes every moment with his foster mom. He’s learning to eat on his own like a champ and getting more playful and rambunctious every day.

Watch Piper the kitten and his journey in this cute video:

“He has always been super sweet and a little clingy – he definitely loves his humans,” Jillian shared with Love Meow. 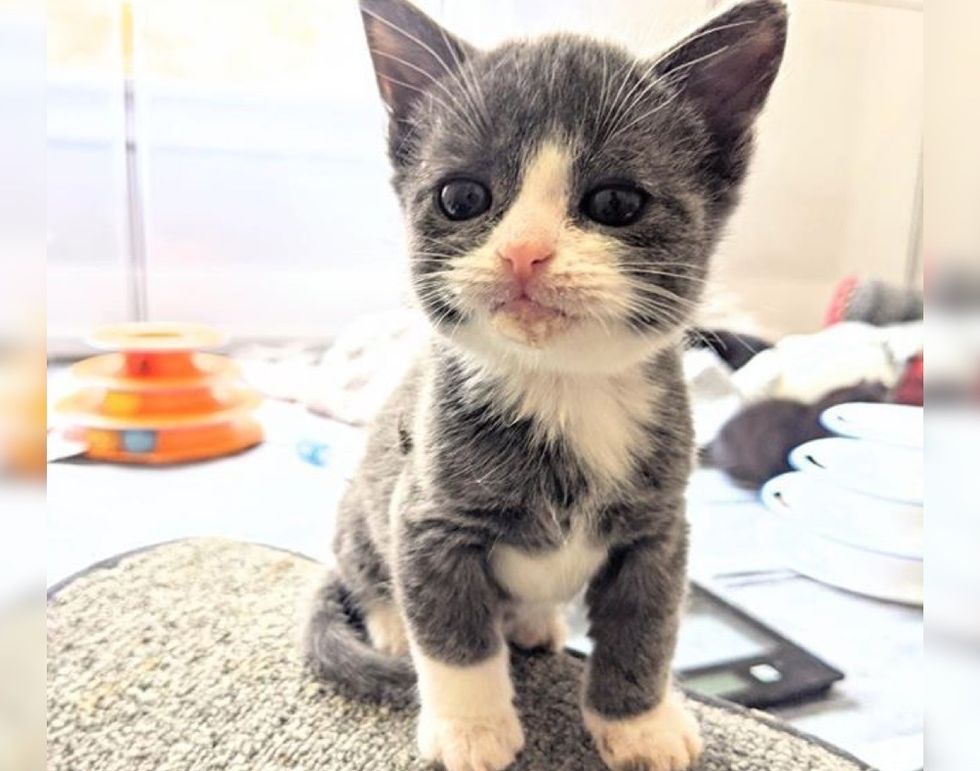 “Now, he enjoys bouncing around and play fighting with his siblings. He’s still smaller but he can definitely keep up!”

Piper the mighty little kitty likes to scamper around his foster room, creating mischief and living life to the fullest. 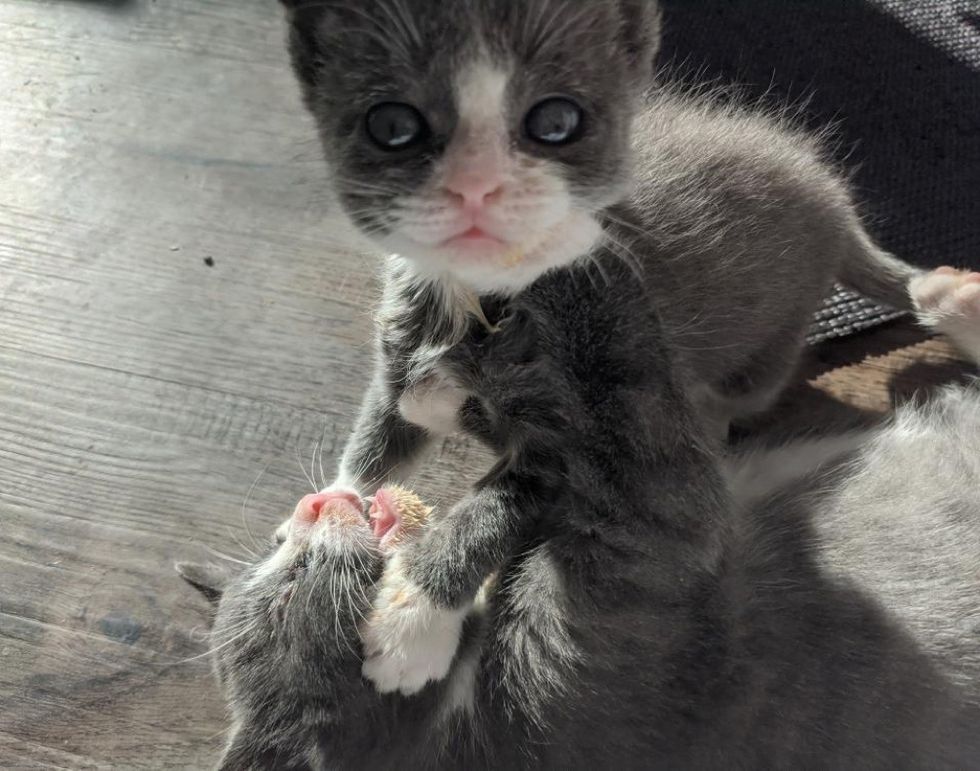 The tiny runt of the litter has transformed into an adorable, plump kitten. He may still be small but what he lacks in size, he makes up for in personality. 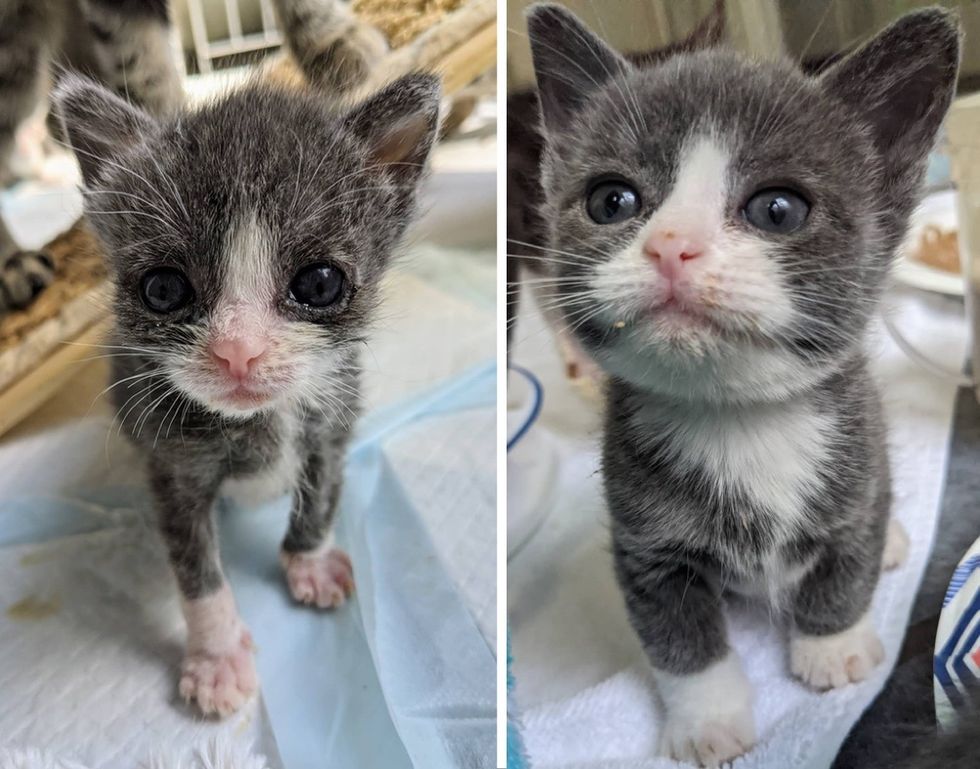 Related story: Pint-sized Kitten with Big Eyes Insists on Living Full Life After She Was Found on Street

Travel bloggers, Matt and Anna, were on a scenic tour of the icebergs off the coast of Antartica and witnessed the “craziest wildlife encounter”. They were first greeted by a pod of orcas, also known as killer whales. Matt, who is also a freelance photographer,…

A little wobbly kitten got back on his paws and walked again. Now, he’s ready for a new chapter in life. Finn the kittenEllen Carozza LVT @thecatlvt A pint-sized kitten was brought to NOVA Cat Clinic in Arlington, Virginia for a chance at a better…