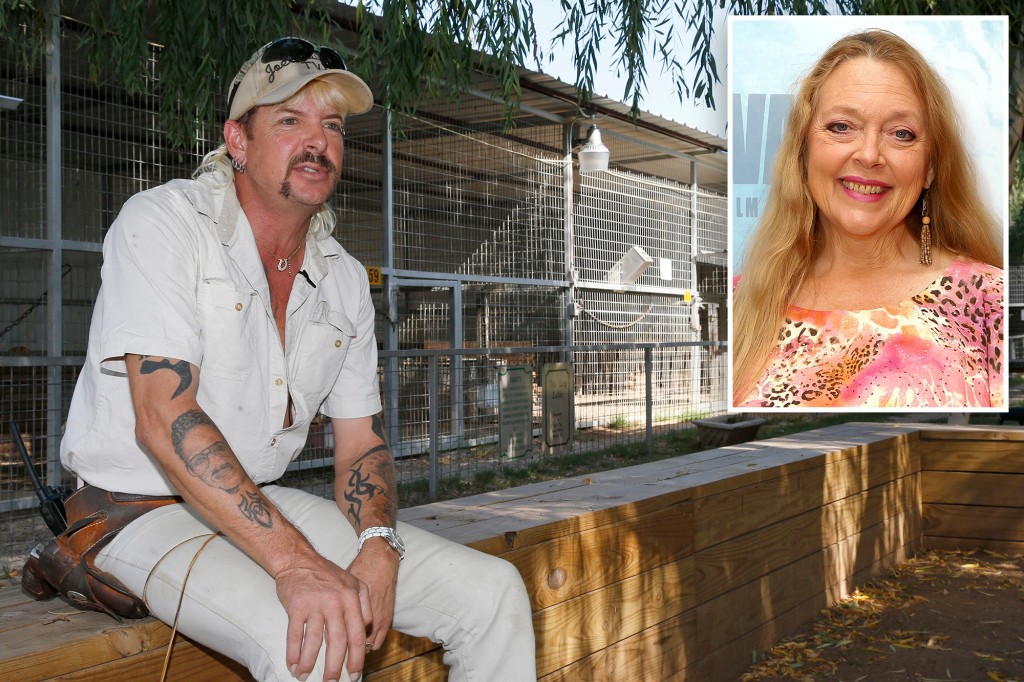 Joe Exotic’s former animal playground will be a zoo no more.

His longtime enemy, Carole Baskin of Big Cat Rescue, has sold the Oklahoma property and one of the provisions is that the land can’t be used as a zoo for 100 years, TMZ reported Saturday.

Big Cat Rescue was awarded control over the animal park in Wynnewood by a judge in 2020, part of the settlement in her long-standing trademark lawsuit against the flamboyant former zookeeper, whose real name is Joseph Maldonado-Passage.

The lawsuit was filed in 2011, long before “Tiger King: Murder, Mayhem and Madness” became the No. 1 show on Netflix and propelled both Maldonado-Passage and Baskin to freakish stardom.

Baskin registered the trademark for Big Cat Rescue in 2005. Maldonado-Passage used the similar name Big Cat Rescue Entertainment and allegedly boasted on social media that he purposely used the name to “ruin” Baskin and her non-profit company.

Maldonado-Passage’s Greater Wynnewood Exotic Animal Park was purchased for $140,000 in June by Francisco and Nelly Vazquez, according to the TMZ report.

The last remaining animals at the zoo, which once housed as many as 1,400 big cats, were turned over to the Justice Department earlier this month.

Last year, Maldonado-Passage was sentenced 22 years in a federal lockup following his conviction on charges he hatched a murder-for-hire plot to rub out Baskin. Prosecutors said he paid a man $3,000 in 2017 to go to Florida to kill Baskin — who has been accused of murdering her ex-husband Don Lewis in 1997. She has denied the claims.

He is currently battling cancer at a medical prison in Fort Worth, Texas.

Last month, a federal appeals court ruled that the foul-mouthed mullet lover should get a shorter prison sentence, ruling that a trial court wrongly treated those two convictions separately in calculating his punishment.

Maldonado-Passage and his supporters previously begged former President Trump to pardon him before leaving office — even going so far as hiring a limousine and a hair and wardrobe team on Jan. 20.

He is currently battling cancer behind bars.