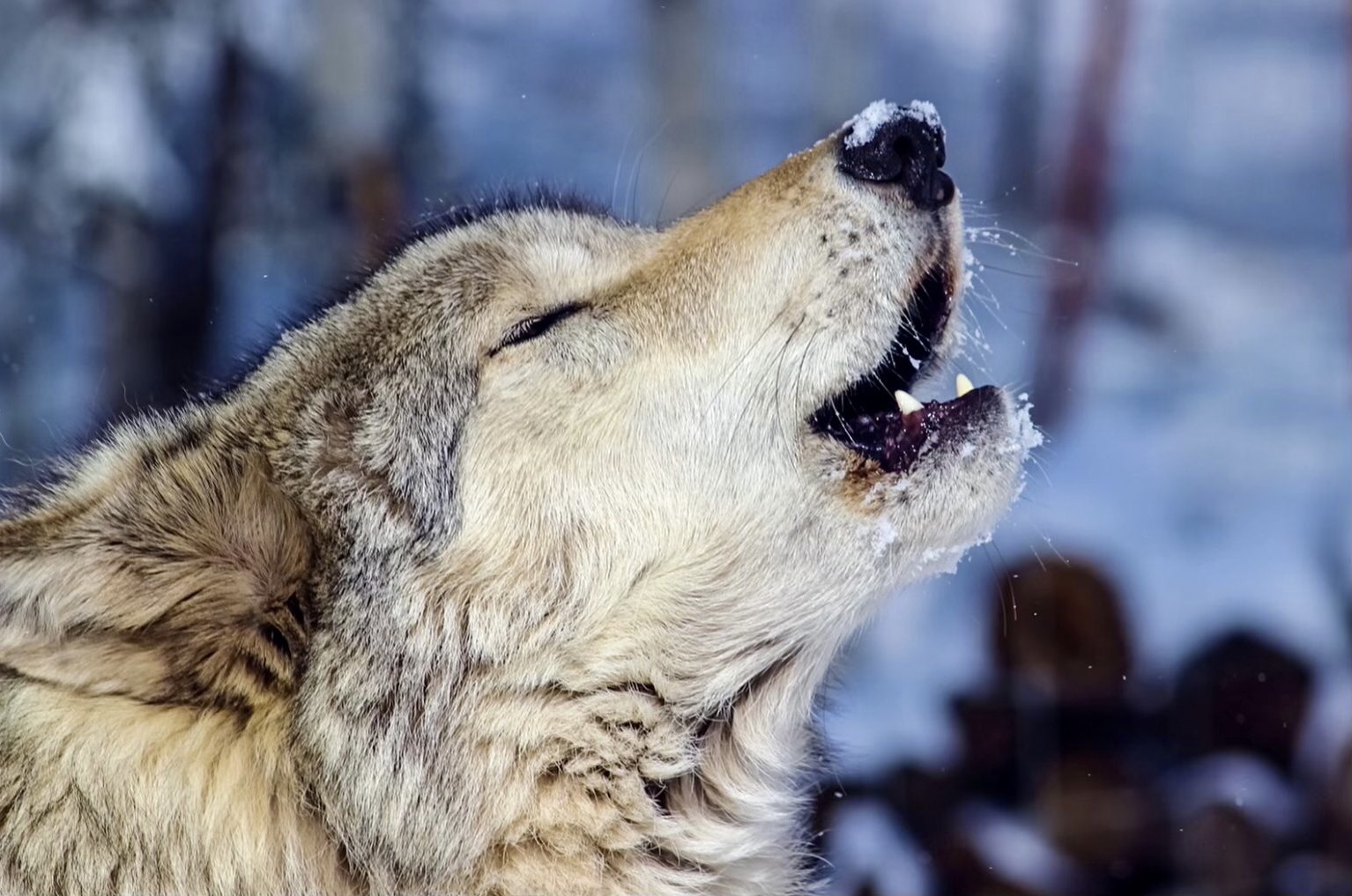 Yesterday, animal welfare and conservation groups announced a reward of $15,000 for information on the poaching of the breeding female of the Wedge wolf pack. Today, Peace 4 Animals and WAN contributed $5,000 to raise the reward to $20,000 to bring justice to this slain female wolf. The mother wolf was found dead of a gunshot wound on May 26th in the Sheep Creek area of Stevens County in northeast Washington state.

Biologists with the Washington Department of Fish and Wildlife discovered that the female wolf likely gave birth to pups earlier this year. It is speculated that the pups would not yet have been fully weaned and that her litter might not be able to survive on their own. Tragically, the female wolf’s death is thought to mark the demise of the Wedge wolf pack, as she was likely the only remaining female left. Now, it is thought 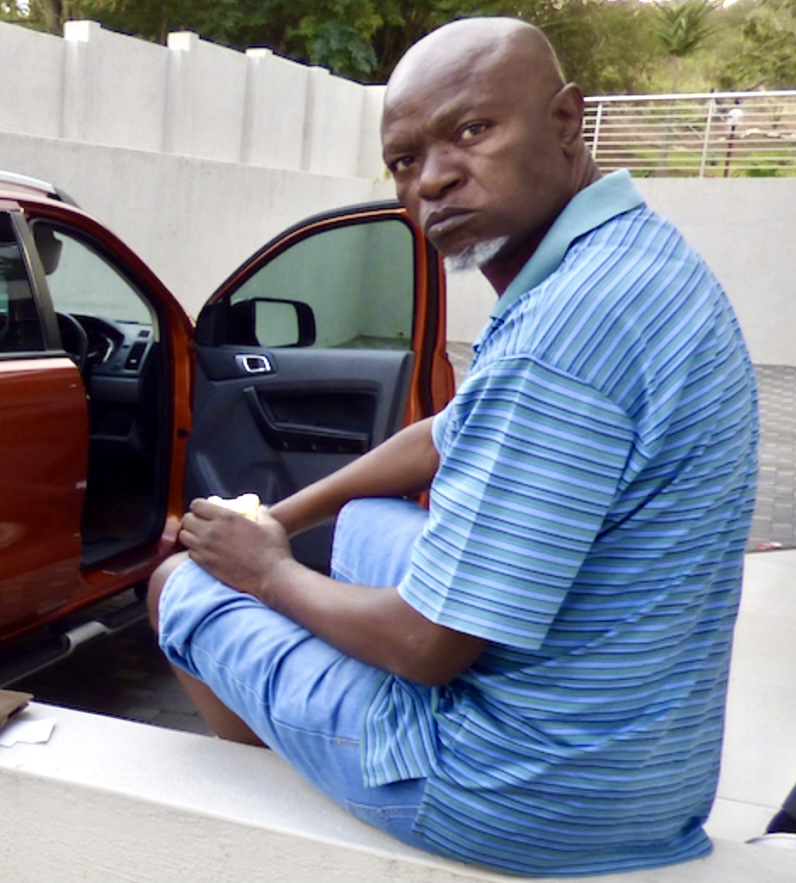 While authorities have yet to share his name publicly, they did release a statement noting that “Police in Mpumalanga are looking for suspects who shot and killed a 57-year-old man, who was previously arrested on several allegations related to rhino poaching cases which are currently before the High Court.”

Jamie Joseph of the nonprofit organization Saving the Wild also took to social media to acknowledge the news.

“I have just been advised that Petros Mabuza (aka) “Mr. Big,” the rhino poaching kingpin of Kruger, was gunned down today in Hazyview,” Joseph stated in a post on Saving The Wild’s Facebook page. “I have seen his dead face and I can confirm this as fact.

Breaking! Maine Becomes The Sixth State In The U.S. To Ban The Sale Of Cosmetics Tested On Animals

Last week, Maine Governor Janet Mills signed legislation prohibiting the sale of cosmetics that have been newly-tested on animals. The measure, LD 1551, which specifically states that a manufacturer may not sell or offer to sell a cosmetic product that was developed or manufactured using animal testing on or after November 1st of this year, was sponsored by Maine Representative Vicki Doudera.

The new law makes Maine the sixth state in the country to ban the sale of animal-tested cosmetics, following California, Nevada, Illinois, Virginia, and Maryland.

Animals who are experimented on for cosmetics suffer through painful testing: Rabbits have chemicals dripped into their eyes, or rubbed onto their shaved skin. Guinea pigs and mice have substances smeared onto their skin to determine allergic responses. Rats are forced to ingest large amounts of chemicals to determine the “lethal dose” that eventually causes death. Pain relief is rarely provided and the

After Immense Public Pressure, The NPS Finally Gives Thirsty & Dying Tule Elk Water; Fencing That Confines Them Due To Cattle Ranching Must Come Down

In Defense of Animals, TreeSpirit Project, and ForElk.org are pleased to learn that the National Park Service (NPS) is finally providing some water to the Tule elk that are trapped behind fencing inside Point Reyes National Seashore. The news comes amid ongoing drought conditions.

Hundreds of activists have gathered to intervene in recent months to provide water to the Tule elk, only to have it dumped out shortly after by the NPS. The NPS has removed 10 troughs that activists provided, including two that were brought just one week ago.

“This is a good step and we’re glad some elk will now have access to water, but many elk still won’t. This doesn’t solve the problem,” said Lisa Levinson, In Defense of Animals’ Campaign Director, in a statement sent to WAN. “These elk are still captive

Between June 4th and 8th, Colorado Parks and Wildlife (CPW) staff members observed three new wolf pups with their parents, collared wolves M2101 “John” and F1084 “Jane” who are known to reside in the state. It is not yet confirmed that these are the only pups as a typical wolf litter consists of between four to six pups.

“Colorado is now home to our first wolf litter since the 1940s. We welcome this historic den and the new wolf family to Colorado. With voter passage last year of the initiative to require the re-introduction of wolves by the end of 2023, these pups will have plenty of potential

As New York City restaurants are returning to indoor dining at full capacity, Eleven Madison Park (EMP) plans to mix things up a bit in the kitchen with a healthy compassionate twist. More than one year after closing its doors due to COVID-19, EMP Chef and Co-owner Daniel Humm announced that the acclaimed fine dining establishment will be going meat-free and reopening on June 10th.

“The pandemic brought our industry to its knees. With our closure, we laid off most of our team, and truly didn’t know if there was going to be an Eleven Madison Park,” stated Humm.

“We kept a small team employed, and with their remarkable effort, in collaboration with the nonprofit Rethink Food, we prepared close to a million meals for New Yorkers experiencing food insecurity,” Humm explained, noting that he began to experience “the magic of food in a whole new way” through this

“Idaho and Montana’s legislative directives to kill wolves by nearly any means possible seriously endanger wolf populations in the West,” Andrea Zaccardi, a senior attorney at the Center for Biological Diversity, said in a statement. “The U.S. Fish and Wildlife Service should immediately return Endangered Species Act protections to these wolves to halt the impending statewide slaughters.”

As previously reported by WAN, Idaho’s legislature recently passed Senate Bill 1211, allowing the state to hire private contractors to kill up to 90% of Idaho’s wolf population. It also allows hunters and trappers to kill an unlimited number of wolves,

Beyond Meat & KFC Launch The ‘Plant-Based Spicy Beef Wrap’ In More Than 2,600 KFC Locations Throughout China

Beyond Meat is continuing its ongoing partnerships worldwide with KFC China, collaborating on a new Plant-Based Spicy Beef Wrap. Available for a limited time, the wrap is available now in over 2,600 stores in 28 cities throughout China.

This latest product launch follows the first collaboration between Beyond Meat and KFC China last year with the release of the Beyond Burger in select KFC locations around the country. Beyond Meat is proud to partner with KFC China to help support the brand’s commitment to offering its customers more diverse and sustainable protein options. KFC China’s initiatives match up seamlessly with Beyond Meat’s principles for offering plant-based meat that can benefit both people and the planet.

The beef wrap has long been one of KFC China’s in-demand limited menu items. However, this year marks the first time that the beloved juicy wrap is available with a great-tasting plant-based meat filling. The

Twelve Dead Whales Have Washed Up On Shore In Northern California This Year; Stronger Regulations Are Needed To Save Them

Conservation groups and concerned citizens gathered at Crissy Field Beach in San Francisco earlier this week to honor 12 dead whales that have washed up on shore in the Bay Area so far this year. It is believed that at least four died from ship strikes.

“Dead whales washing up on Bay Area beaches is a wake-up call. We answered that call at this event by demanding action to address ship strikes, entanglement in fishing gear, and climate change,” said Steve Jones with the Center for Biological Diversity, in a statement. “Whales are essential to healthy oceans because they spread nutrients and store carbon. The more we can do to protect them as their populations recover, the better off we will all be.”

Against the backdrop of the Golden Gate Bridge, through which cargo

Breaking! U.S. Senate Passes Ban On The Shark Fin Trade; Next Step Is To Pass The House Of Representatives

Yesterday, the U.S. Senate passed the Shark Fin Sales Elimination Act (S. 1106), a bill that would ban the buying and selling of shark fins in the United States, as part of a broader legislative package known as the United States Innovation and Competition Act (S. 1260). Similar legislation (H.R. 2811) has been introduced in the House of Representatives and currently has more than 130 bipartisan cosponsors.

“This is a great day for sharks and our oceans,” Whitney Webber, Campaign Director at Oceana said in a statement. “We are now one step closer to officially removing the United States from the shark fin trade.”

Webber applauded Senators Cory Booker of New Jersey and Shelley Moore Capito for their steadfast leadership on this important legislation, and Senators Maria Cantwell, Roger Wicker, and Brian Schatz for their support of the bill during committee markup last month.

“The House already showed its