A feral cat began visiting a farm, and then one day, workers discovered that she had kittens. 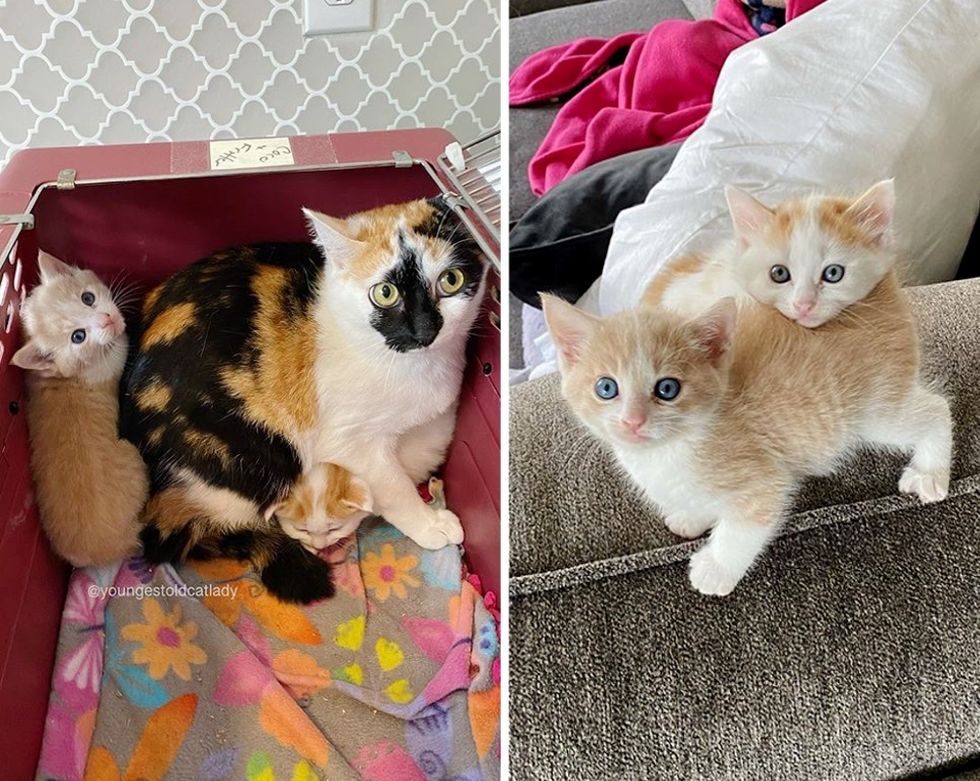 Earlier this summer, workers from a farm in Washington State spotted an elusive cat coming from a neighboring farm. One day, while they were going about their normal routine, they were surprised to discover two tiny balls of fur nestling with the cat.

As it turned out, the calico had chosen their farm to have kittens. One of the workers reached out to Ashley Morrison, an animal rescuer based in Seattle, for help.

Ashley headed over to the barn to set up a humane trap, in hopes of luring the feral cat mom in with food. Jared, who works at the farm, facilitated the entire rescue. With his help, they were able to get the little family of three to safety. 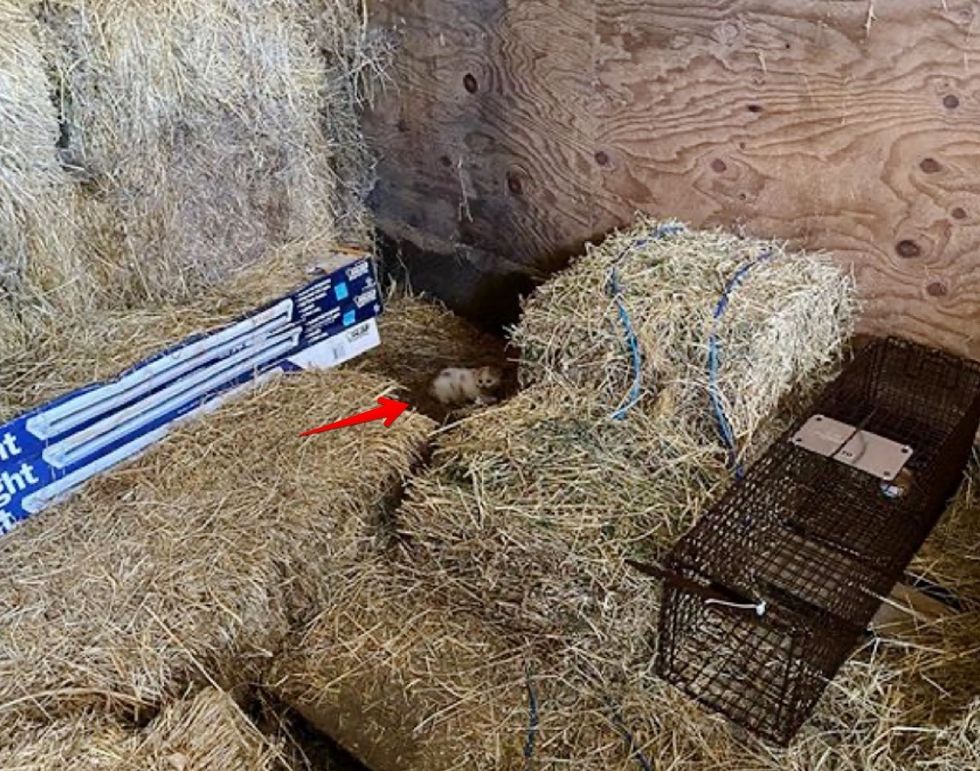 Ashley brought them to her home to foster. The cat mom was a bit overwhelmed being in a new environment. She spent many days hiding in a corner while her kittens slowly came out of their shells to play and explore.

“I decided to name the babies Frito and Cheeto. Mama shall be Dorito,” Ashley shared with Love Meow. 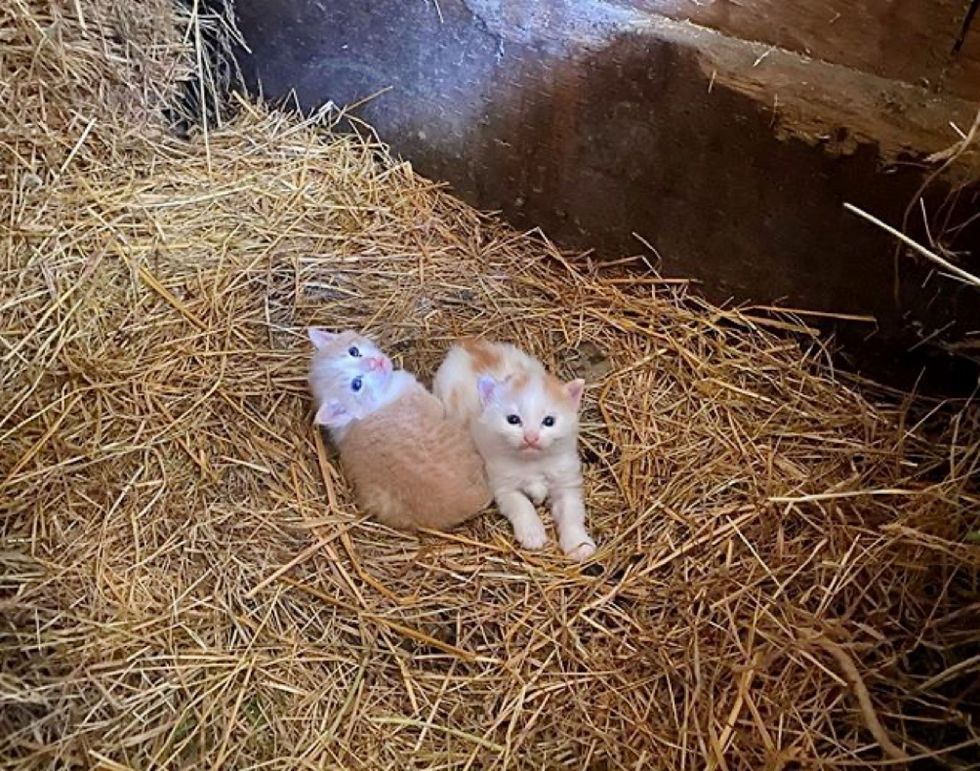 The plan was to give them the care they needed to thrive and prep the kittens for adoption. The cat mother was feral and most likely had lived all her life outside. “Mama Dorito was terrified and I had a feeling she would do best back at her farm. She came from where she had friends and happily laid in the hay all day.”

Once the kittens were weaned, she would be spayed, vaccinated and returned to the farm where she would be cared for by dedicated caregivers. 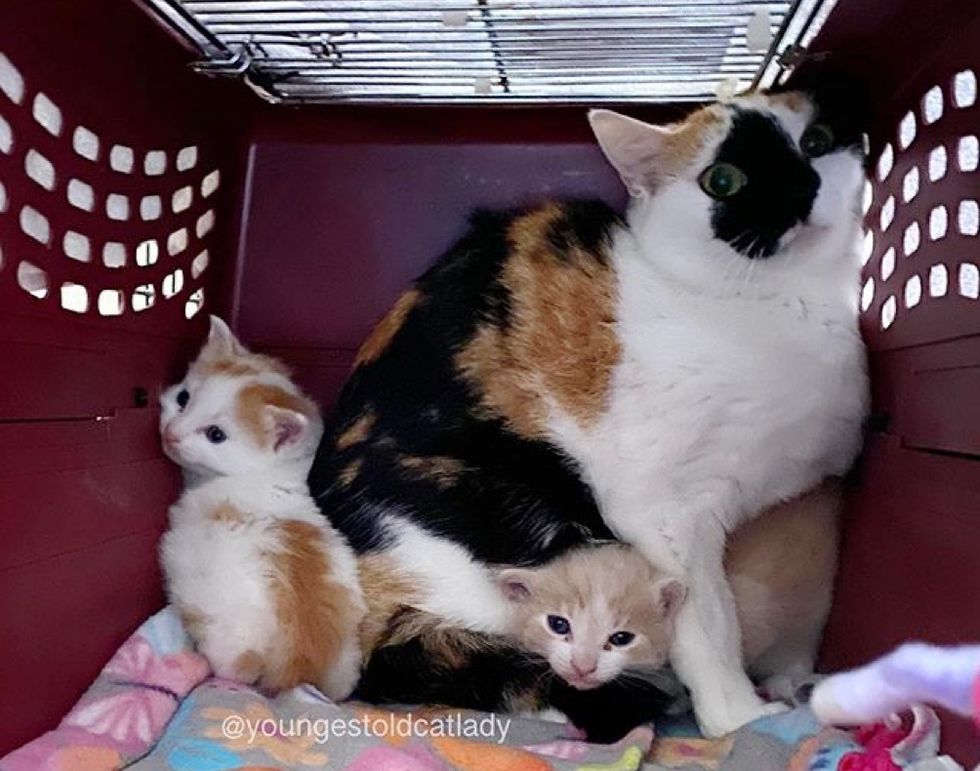 Slowly but surely, the kittens warmed up to Ashley and began to come out from hiding behind their mama. Frito the short-haired tabby got a taste of being petted and wanted more. His brother, Cheeto, needed more convincing but eventually came around.

After days of working to win their trust, the feline brothers grew more confident around their foster mom. They no longer felt the need to take refuge when Ashley came into the room, and would walk right up to her for pets and attention. 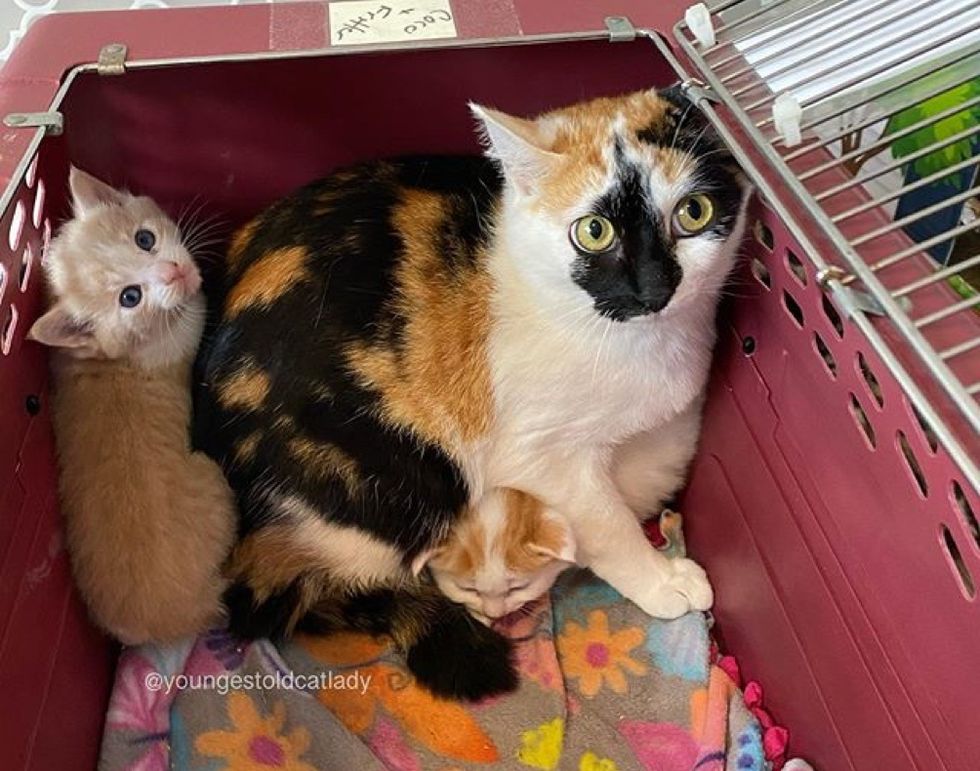 With supplemental care, the kittens started to put on weight and gain strength. They became more playful, mischievous and cuddly every day.

When the brothers figured out how to eat from a plate like a big kitty, they began to spend more time playing and socializing with other foster kittens. 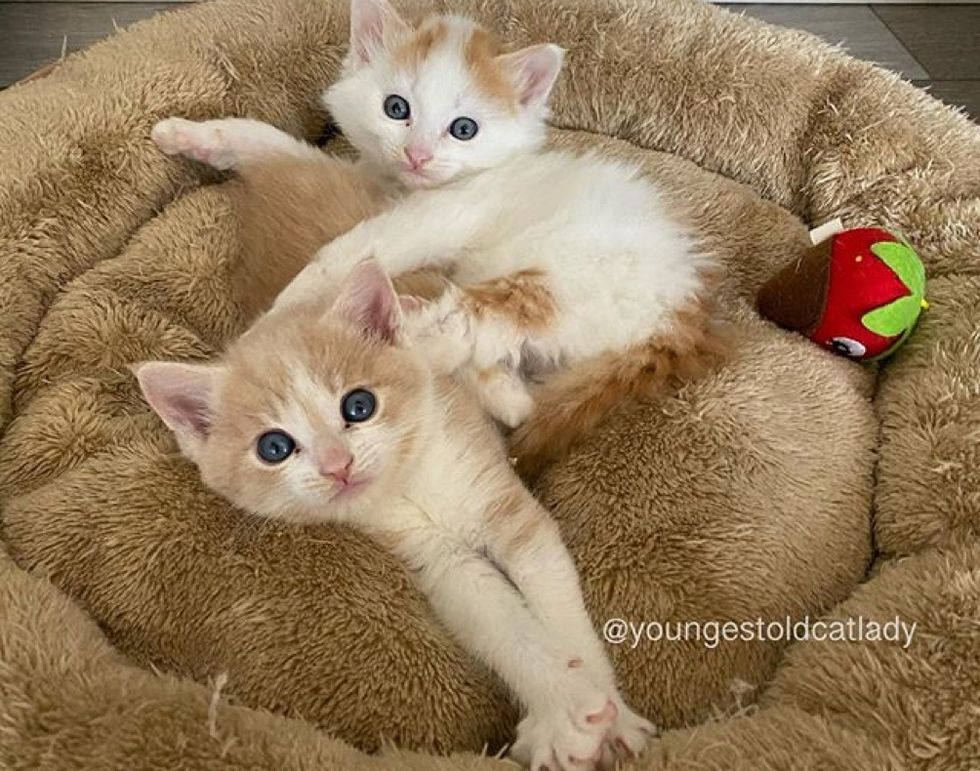 Knowing Frito and Cheeto were in good hands, Mama Dorito was ready to retire from motherhood and return to the farm life that she was most familiar with.

Watch the little family in this video:


Frito and Cheeto the kittens

“She was spayed, vaccinated, de-wormed and microchipped. She will get to live her life in peace with a farm to roam around on,” Ashley said. 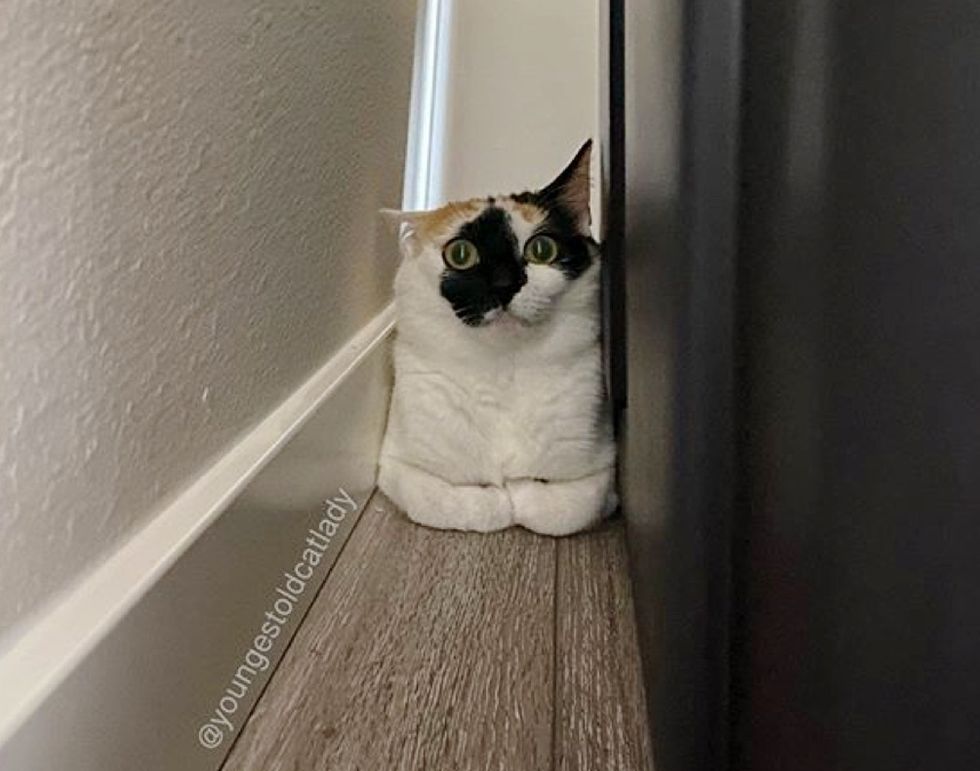 Little Cheeto flourished into quite the love-bug. He enjoyed playing with toys with his foster mom and never failed to swoon people with his adorable personality. 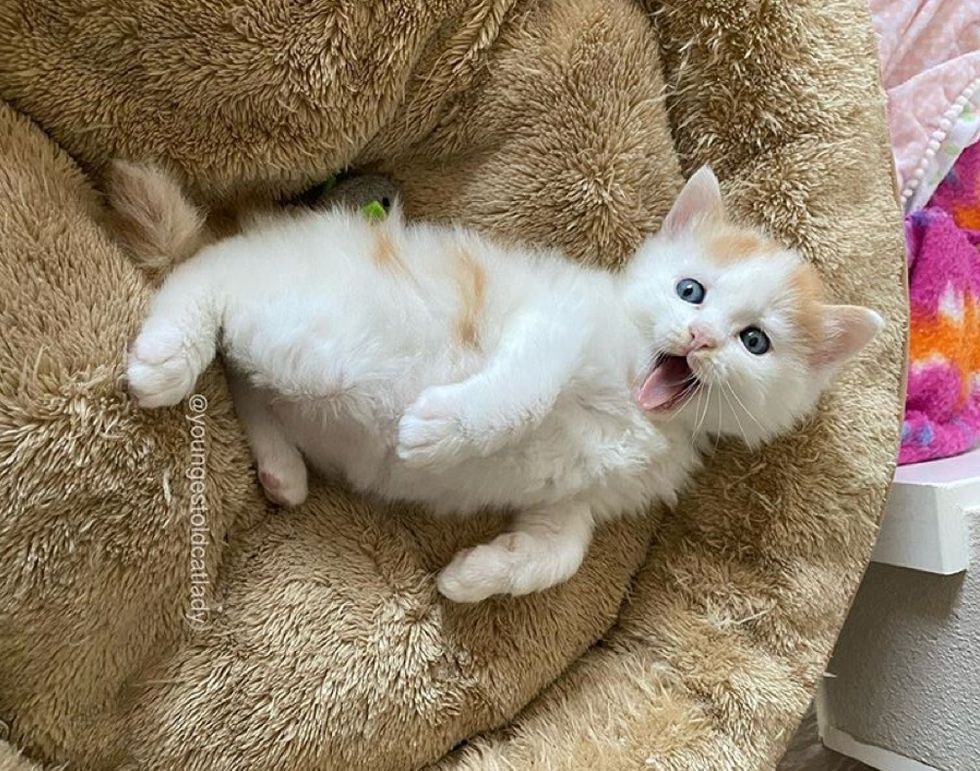 Both ginger kittens came to Ashley with crooked tails. Frito was the first to step outside their nest and come up to their foster mom for attention. He was a brave little guy with a loud voice. 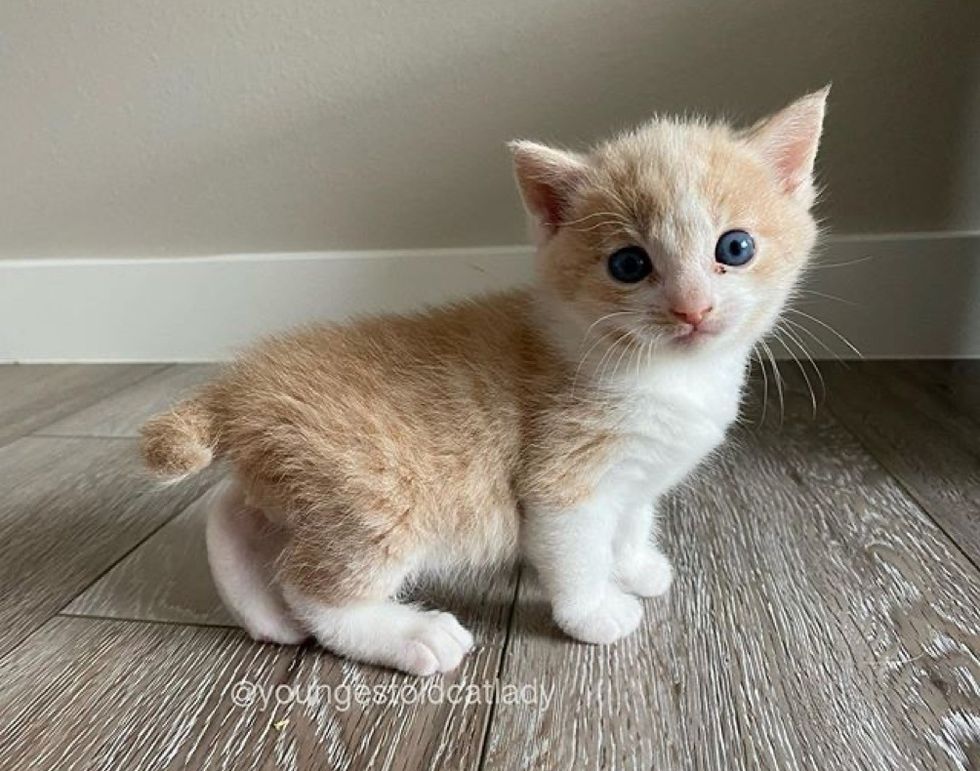 The two brothers were bonded at the hip. They made many feline friends in their foster home but were never far away from each other.

“Sweet little Cheeto and Frito loved having more kittens to play with but always came back together.” 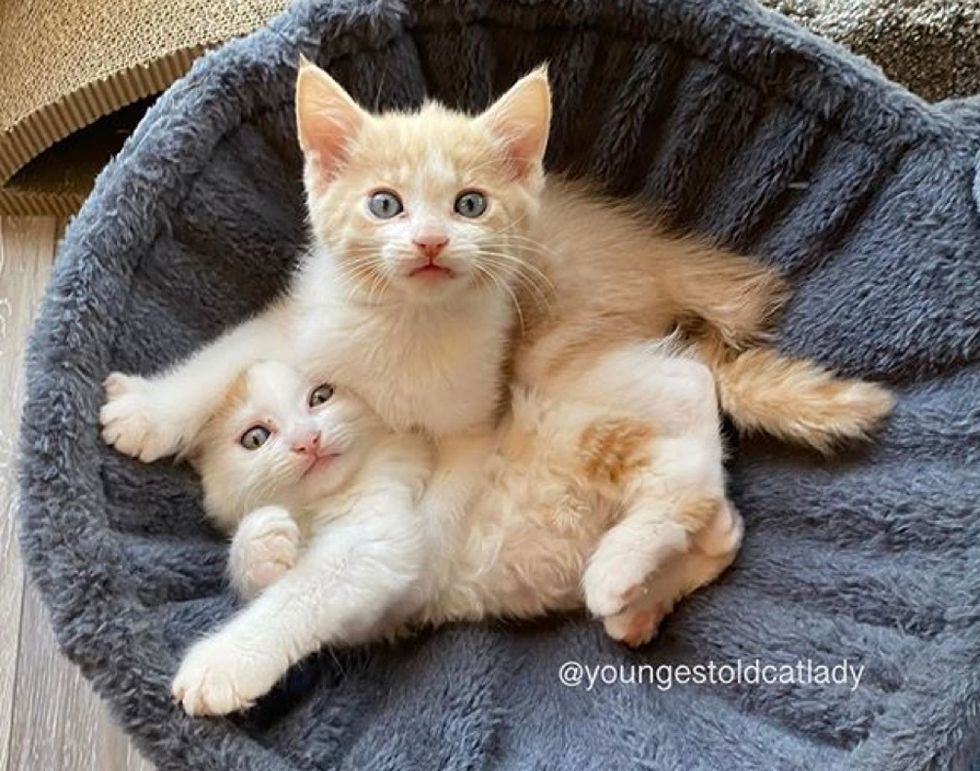 The two best buds shared an adorable bond and couldn’t be separated. When it came time to find them their forever home, Ashley knew they were a packaged deal.

Two months after they came to be indoor cats, the sweet bonded pair had their dream come true. 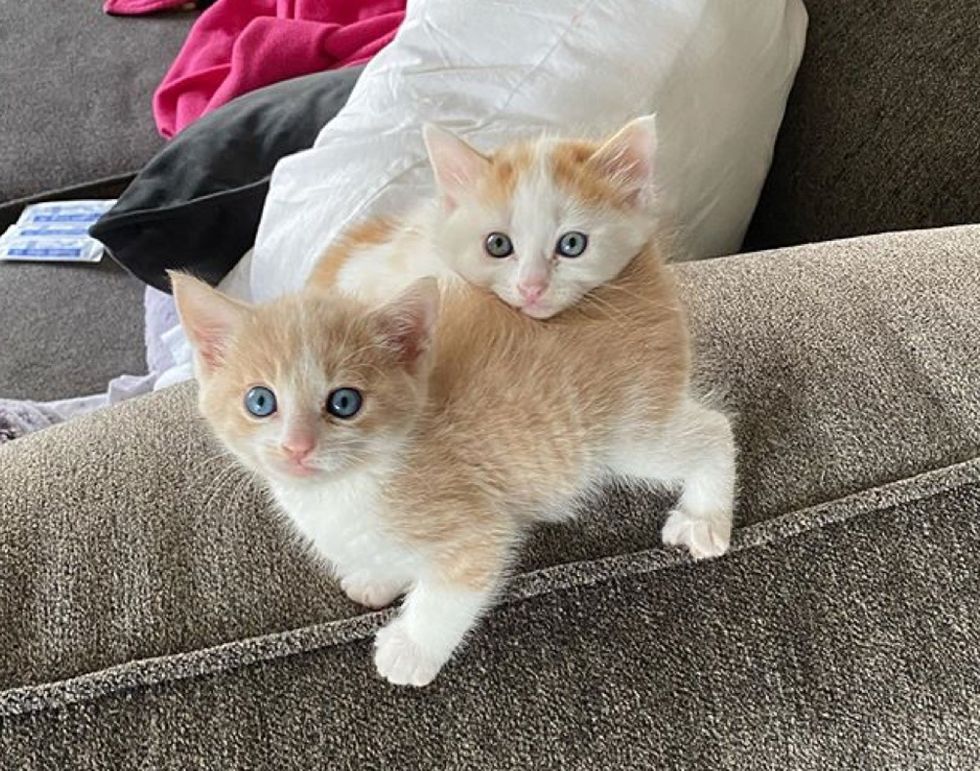 Frito and Cheeto set paw in their forever home together and would never be apart.

“They have come such a far way since I first saw them laying in the hay in the barn with their feral mama,” Ashley said. “They are now the sweetest, cuddly, purring kittens. I am so happy they will grow up in a loving home.” 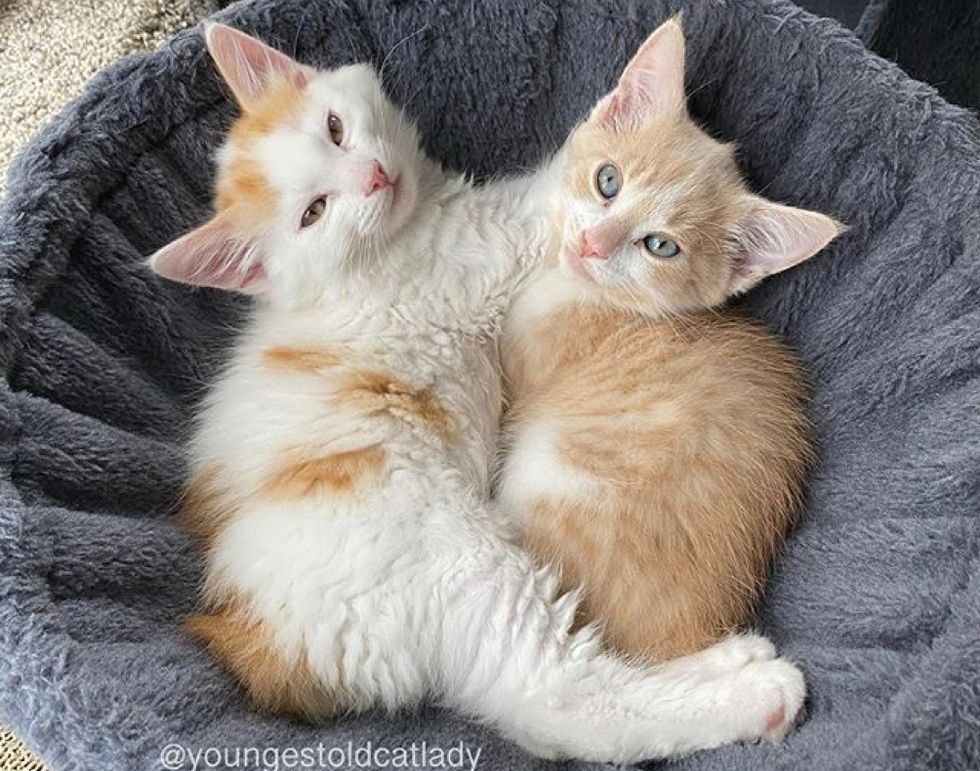 Related story: Stray Cat Brought Her Kittens to Family’s Yard So Their Lives Could Be Turned Around