A family cat befriended a stray kitten and decided to bring him home. 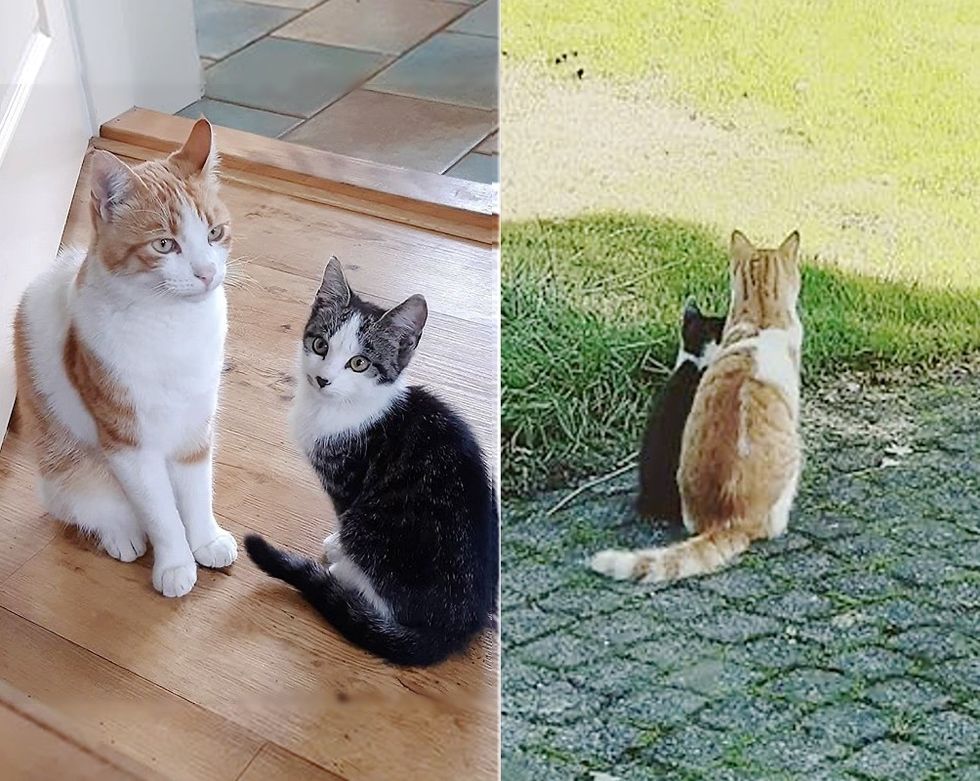 Klarieke (@la_riek) lives in an old farm house with her family in the Netherlands. They have three adult cats, Jack, Louis and Stavros, whom they adopted a year ago from Greece.

“Stavros lived on the streets and was very ill. He was rescued by a Dutch girl who stays in Zakynthos every summer. She was looking for a home (for the cat) in Holland, so we decided to adopt him,” Klarieke told Love Meow.

“My husband and I said to each other, ‘this is the last cat, three is enough.'” 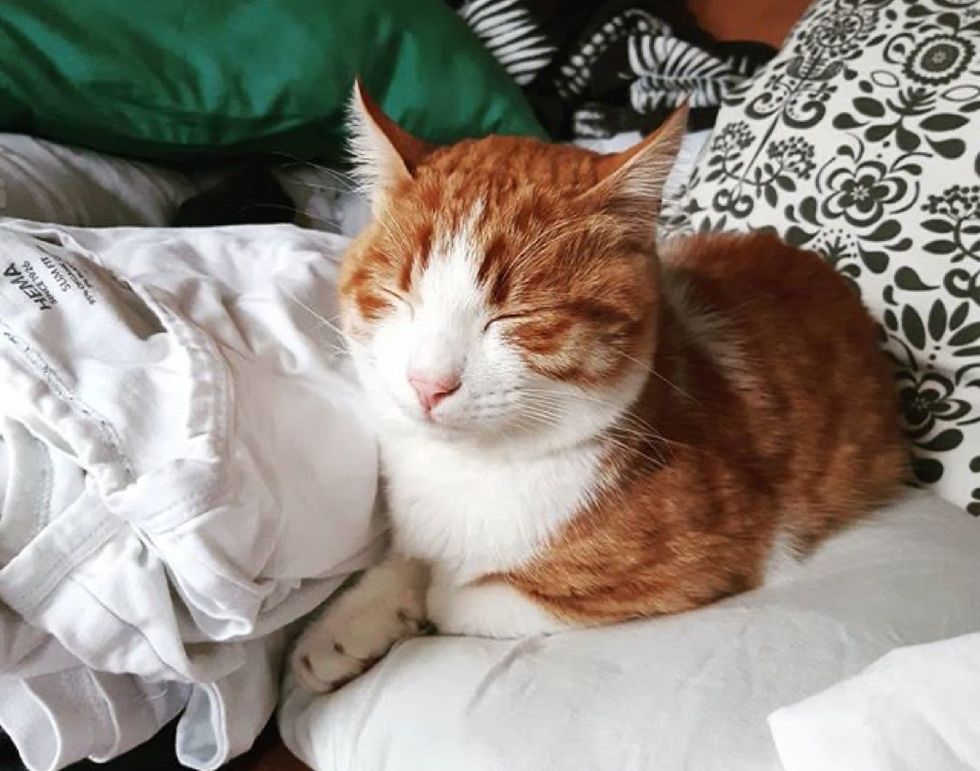 Fast forward to last month, a little kitten started showing up in their yard. He was very shy and skinny. Klarieke had never seen the kitten before and wasn’t sure if he belonged to anyone.

When he returned the next time, Klarieke was surprised to find her cat, Stavros, hanging out with the little kitten like two good pals. The orange and white cat took the tabby under his wing and watched him as he played in their garden. 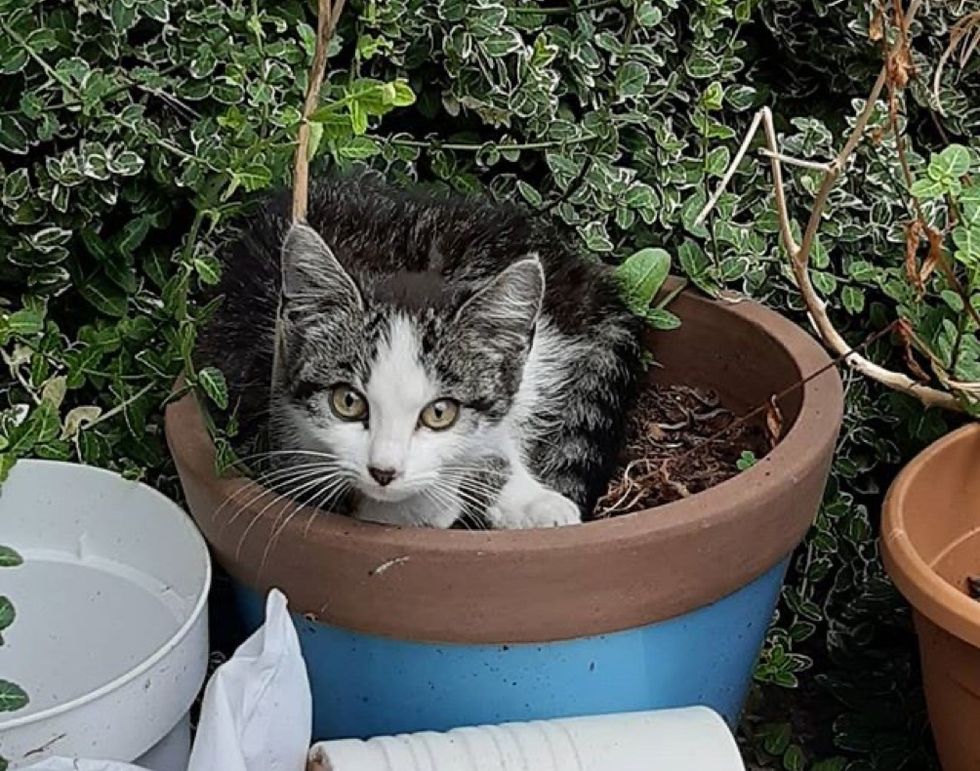 The kitten would sneak into their yard, between the tomato plants in the garden and eventually made his way into their shed (which is attached to their house), all the while being under the watchful eye of Stavros. It didn’t take long for the family to realize just how bonded the two feline friends had become.

They played together and cuddled up to one another in the shed when they napped. The kitten was very shy around people, but absolutely adored his feline friend. 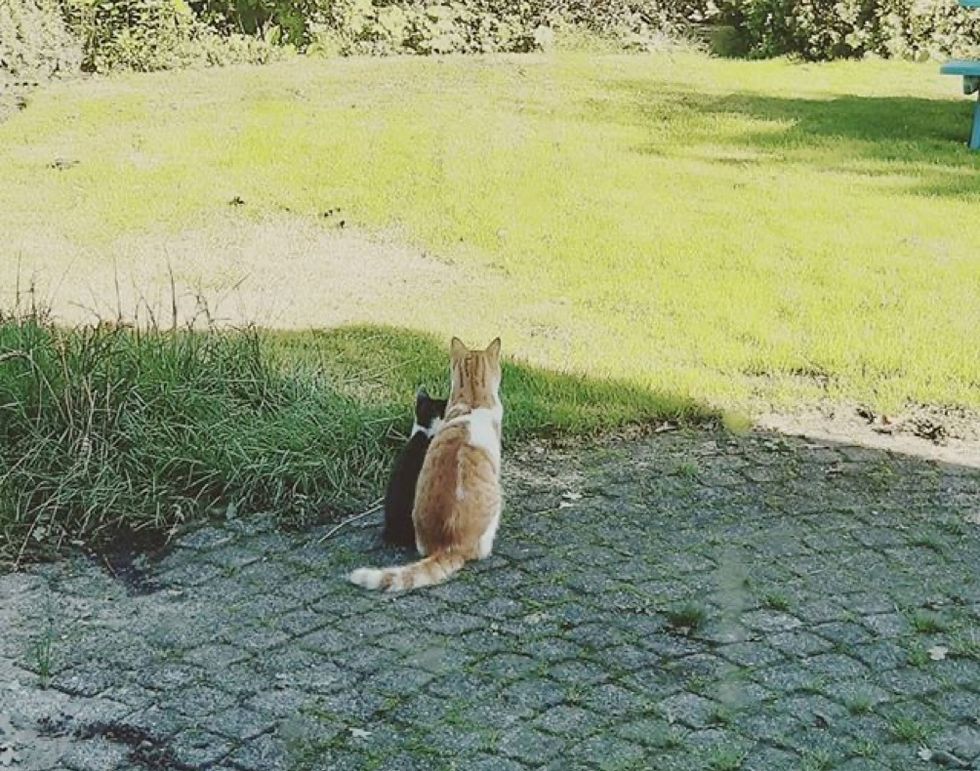 “One day, I was feeding our three cats in the kitchen, and Stavros was just standing by the dinner table instead of eating,” Klarieke shared with Love Meow.

She glanced over at his plate and was pleasantly surprised by what she discovered — the stray kitten had joined them for dinner, and was eating out of Stavros’ dish. The ginger cat didn’t mind it at all and let the kitten eat to his heart’s content, as if he understood how it is like to be hungry after all those months living as a street cat. 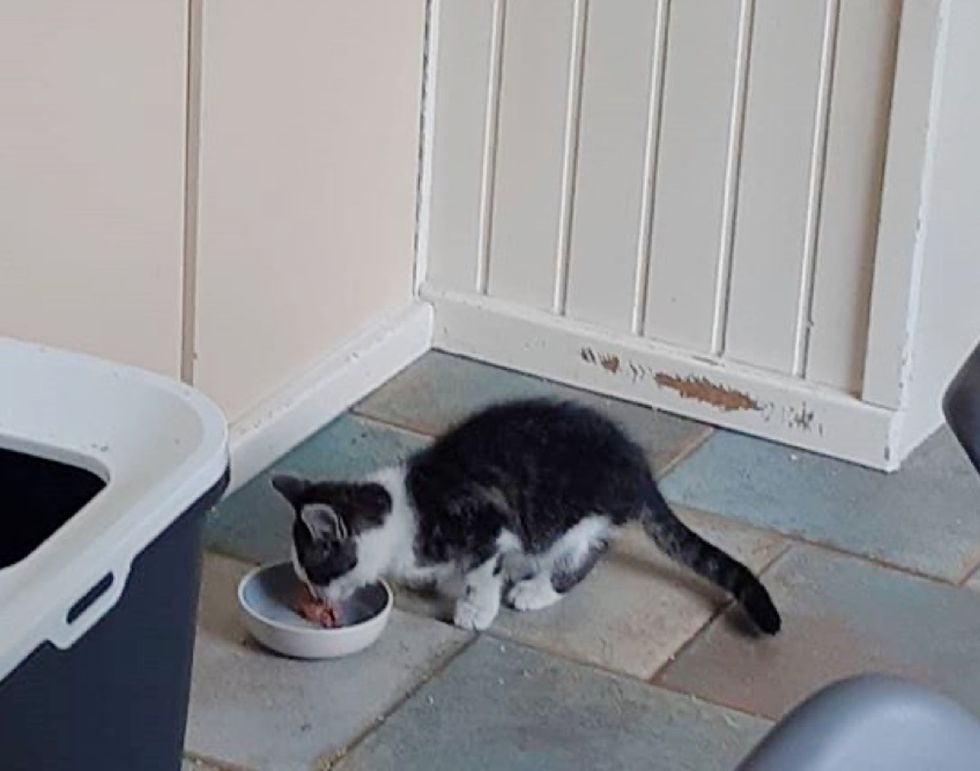 “I gave the kitten his own bowl of food in the shed but he fled when he saw me. Apparently, he was so hungry that he took the gamble to come in to eat.”

From that day on, Klarieke prepared an extra plate of food for the plus one, and hoped to win him over. The kitten came for his meals and began to warm up to his food provider. 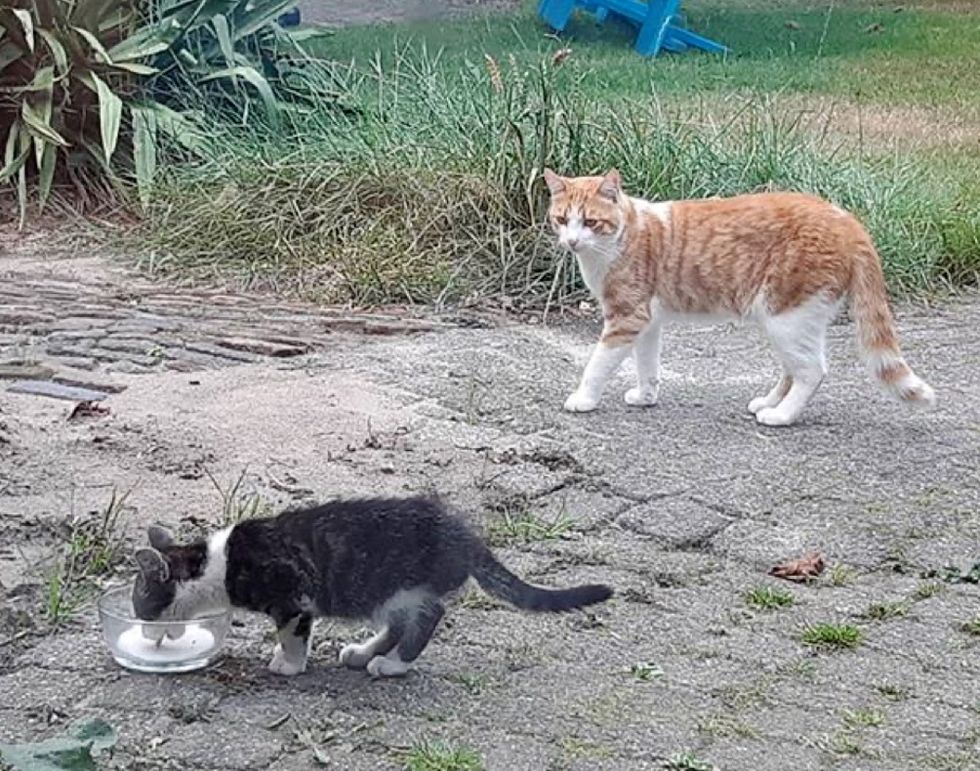 No one came to claim the kitten and the little guy seemed to have made their place his home. They decided to name him Charlie. “Stavros acted like a parent to him, and the kitten started spending more time with him in the shed during the day.”

Charlie was still very shy towards his humans, but he looked up to Stavros and wanted to mirror everything he did. The little guy began to entertain the idea of moving into the house. 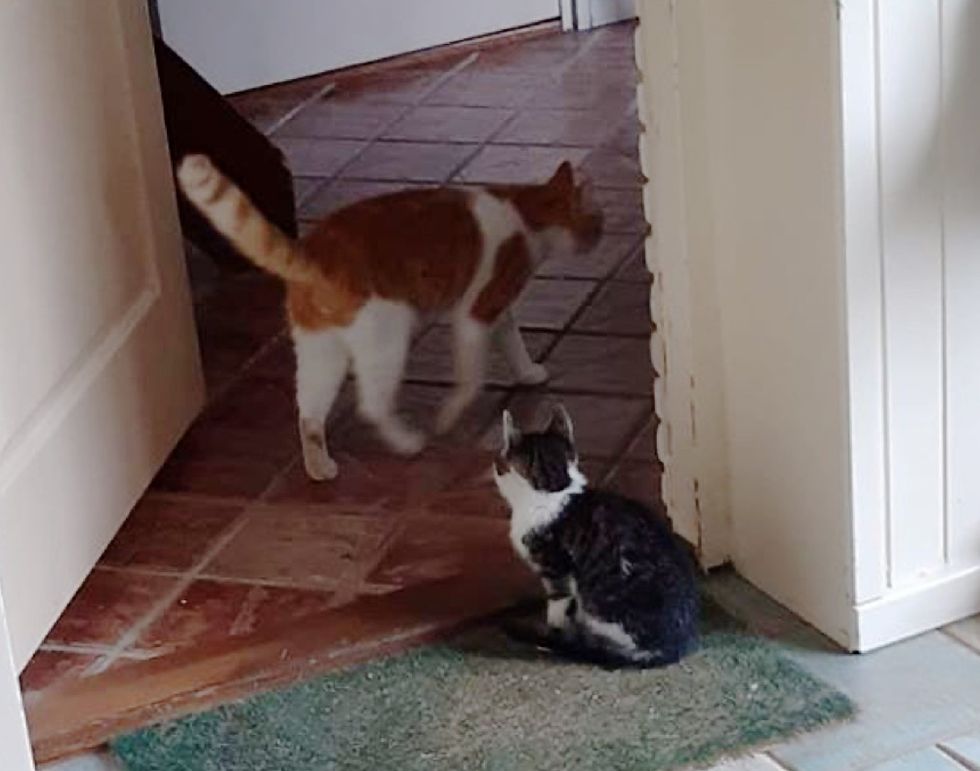 A few weeks after Charlie arrived, he stepped paw into his new home with Stavros by his side, cheering him on. He followed his best friend everywhere he went as they explored the house together.

“We can officially say that Charlie has moved in with us and we have a 4th cat. He comes to the kitchen when it’s dinner time and allows us to pet him and even cuddle.” 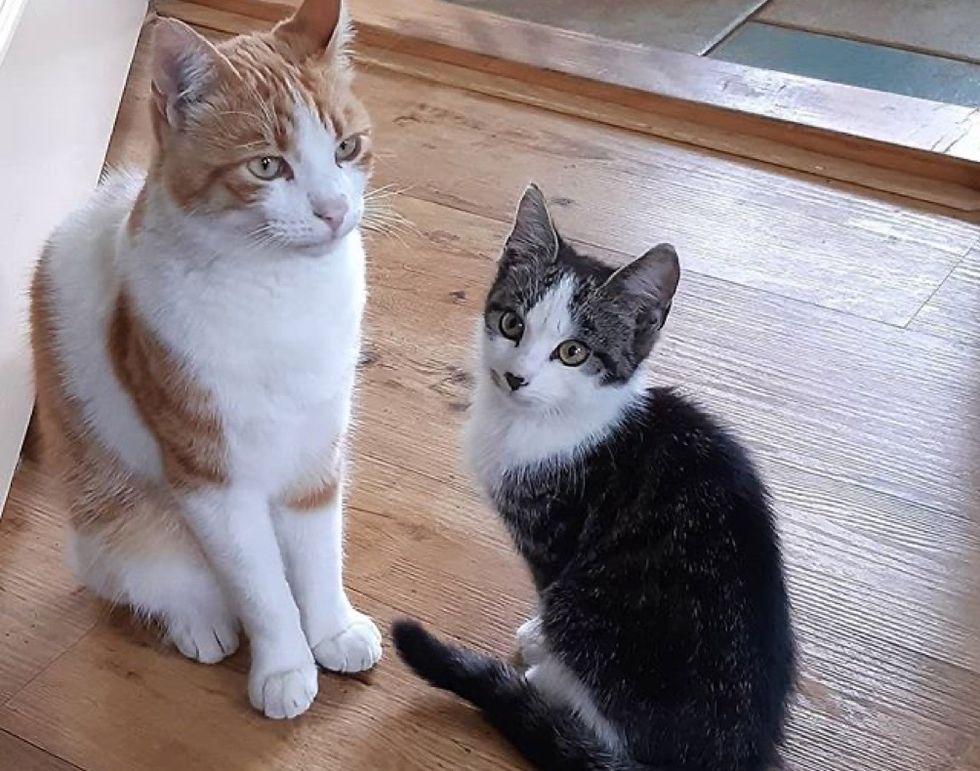 Charlie didn’t know how to use the litter box on his first day home, but within a few days, he acclimated to all the new things in the house.

“I think Stavros taught him how to do it,” Klarieke added. 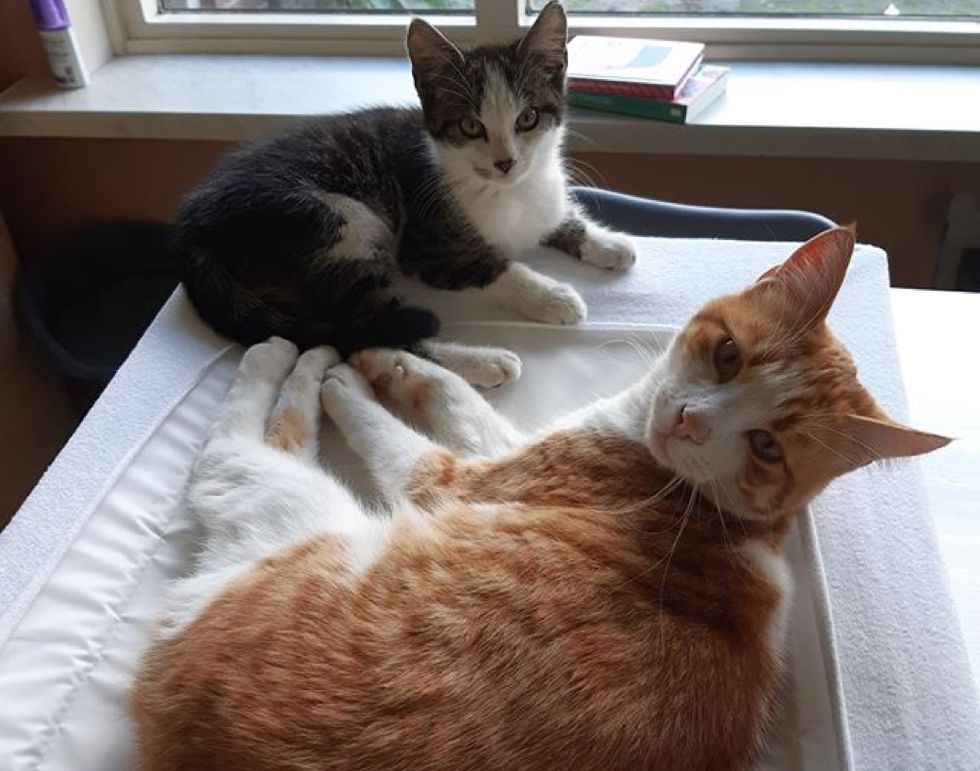 After a trip to the vet, Charlie got the medical care he needed and received a clean bill of health. He still prefers spending most of his day upstairs with Stavros, but is coming out of his shell more each day.

The sweet kitten is loving his VIP life with his forever family and will never have to worry another day about food and shelter. 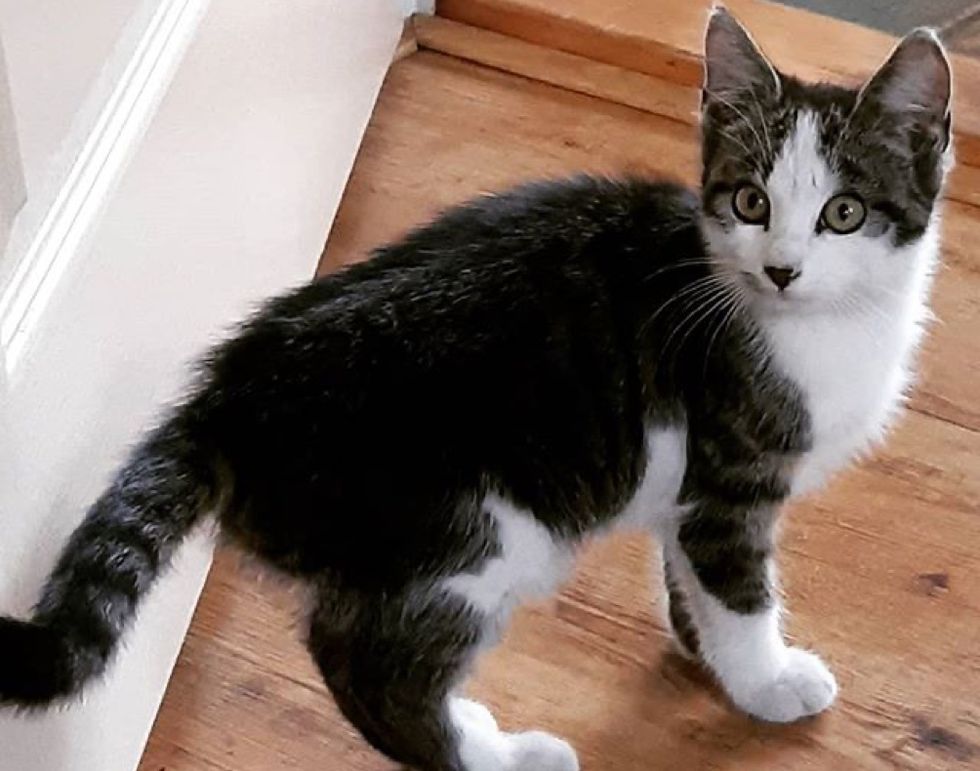 In Defense of Animals, ForELK, TreeSpirit Project, Rancho Compasión and 50 concerned local citizens produced an eye-catching piece of artwork pictured below at Point Reyes National Seashore on Sunday, September 13th, in an effort to free trapped Tule elk. The world’s largest remaining herd of the…

Unless you are a doctor on the obstetrics floor or a tireless field veterinarian, it’s likely not every day you get to see the miracle of birth take place. Thanks to the clever camerawork of the Animal Adventures team, you don’t have to be. Using…