5 Kittens Found Outside Together, So Happy to Get the Help They Needed to Thrive

5 Kittens Found Outside Together, So Happy to Get the Help They Needed to Thrive

Five kittens who were found outside as strays, are so happy to get the help they needed to thrive. 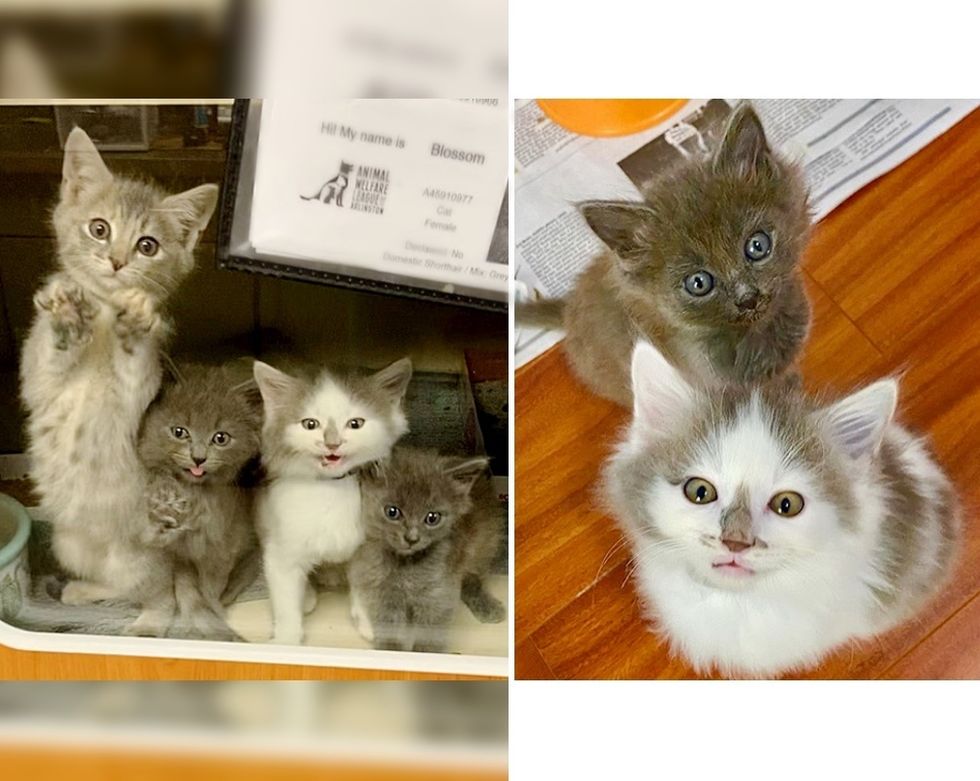 Karina, a volunteer of Animal Welfare League of Arlington’s Kitten College Program, was contacted about five little kittens needing foster care. “I was told that they were found as strays in the Shenandoah area of Virginia and that they are siblings,” Karina shared with Love Meow.

While at the shelter, the kittens would meow at anyone that came by their kennel, desperately wanting attention. Karina saw the little faces yearning for love behind the glass and knew she had to help.

She took the kittens home so they could have a comfortable and quiet place to stay while they learned to socialize. 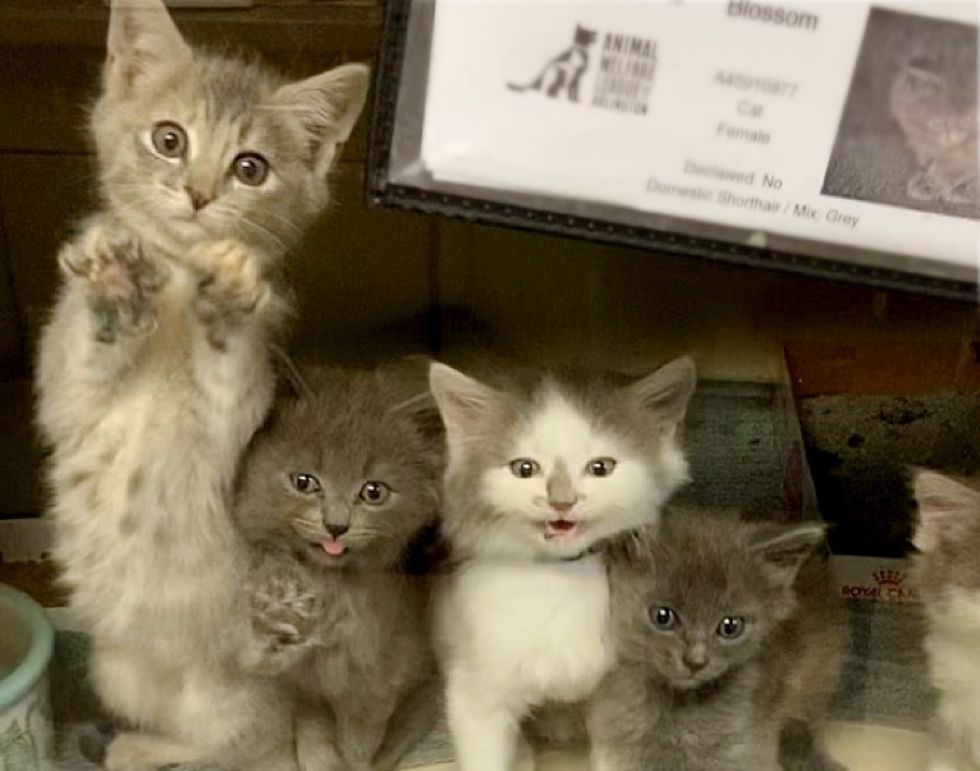 “It took them some time to feel comfortable with me, which of course is understandable.”

The kittens, BooBoo, Luke, Flower, Lily and Blossom, settled right into their new abode with plenty of beds and blankets strewn about. Four of the kittens quickly formed a snuggle pile in a cozy warm bed (the tiniest of all) and started rumbling with their adorable purrs. 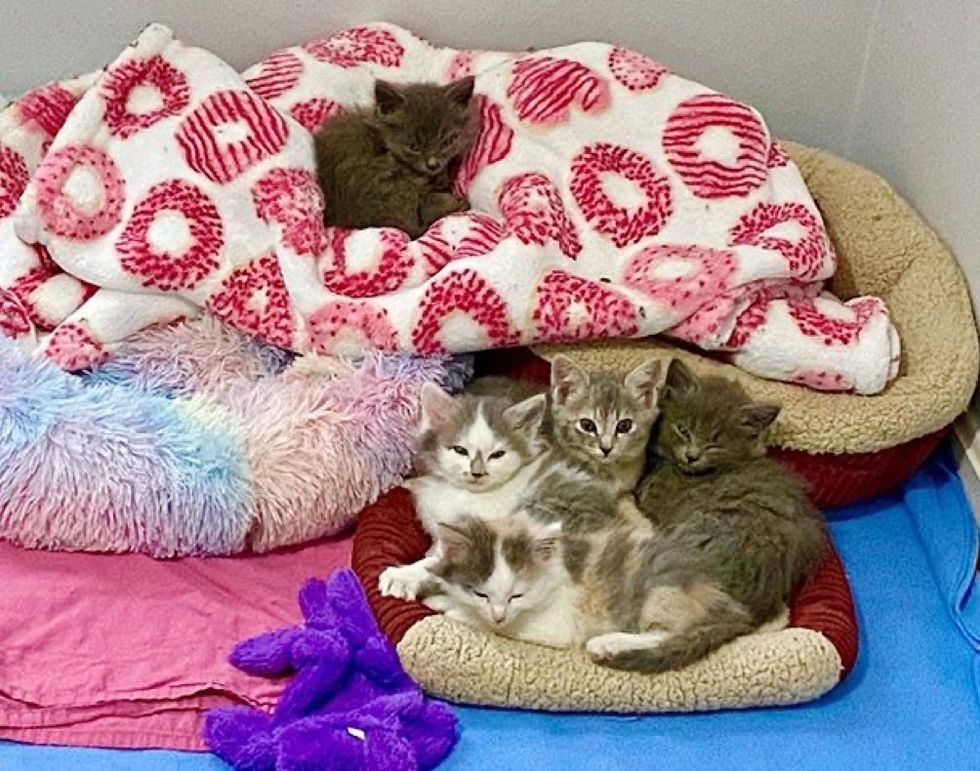 Luke (gray) and Flower (calico) were the shyest and smallest kittens in the clowder. They got a lot of one-on-one cuddle time with their foster mom. Lily (tabby) was the most energetic and playful kitty from the start. She quickly assumed leadership of the pack.

“She jumps the highest and is the definition of a busybody,” Karina added. 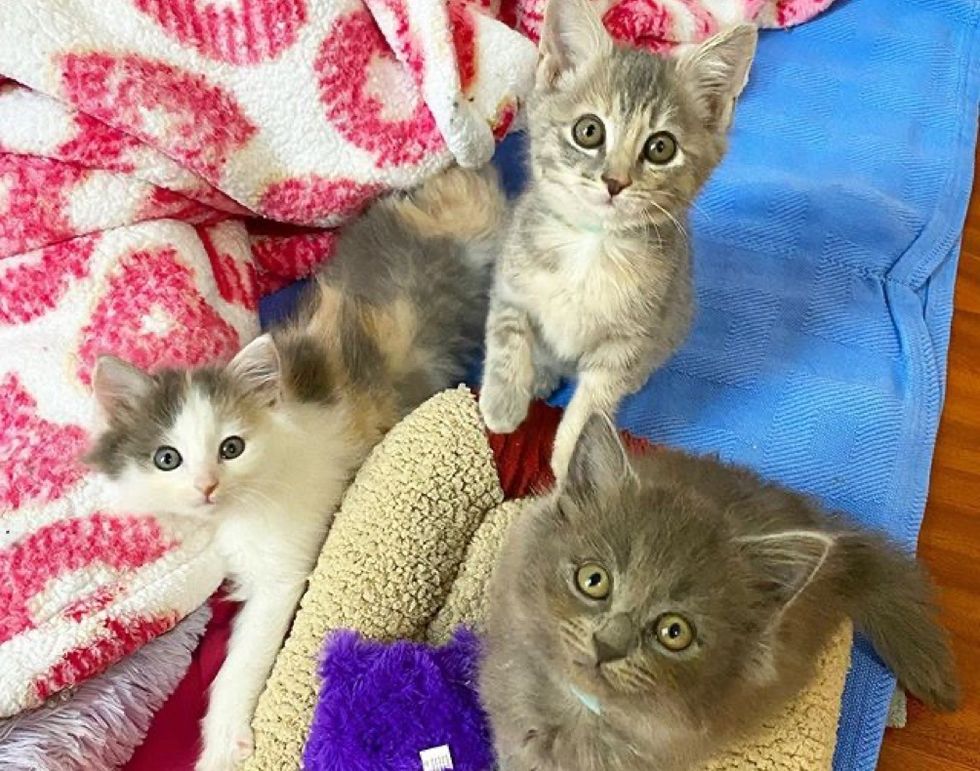 Flower and Luke gradually came out of their shells. Two weeks into foster care, they were no longer afraid around people and their personalities started to blossom.

“Flower has so much personality in such a small package. She is relentless, determined, vocal and brave. She has a lot of love to give, but you’d better love her properly first.” 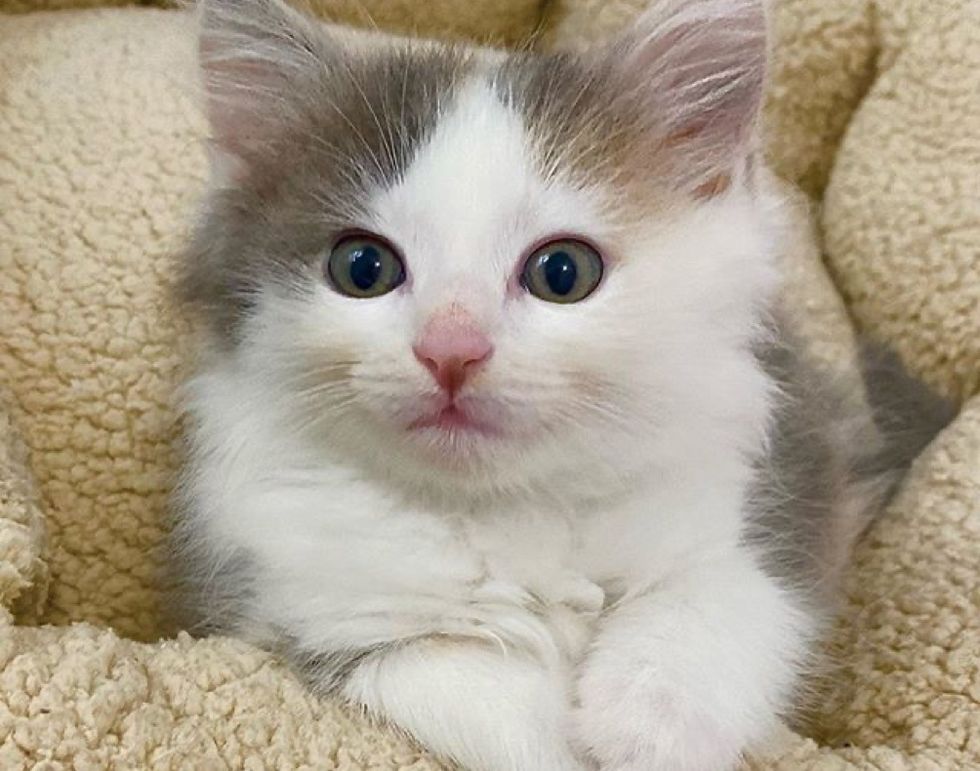 As Luke grew more confident, he began to spend more time playing with other kittens. The little guy made a complete 180.

Watch the kittens’ foster journey in this cute video:

“Luke went from a mama’s boy to playing with his bigger litter mates and trying to impress them. I’m totally happy for him and proud of him for growing up.” 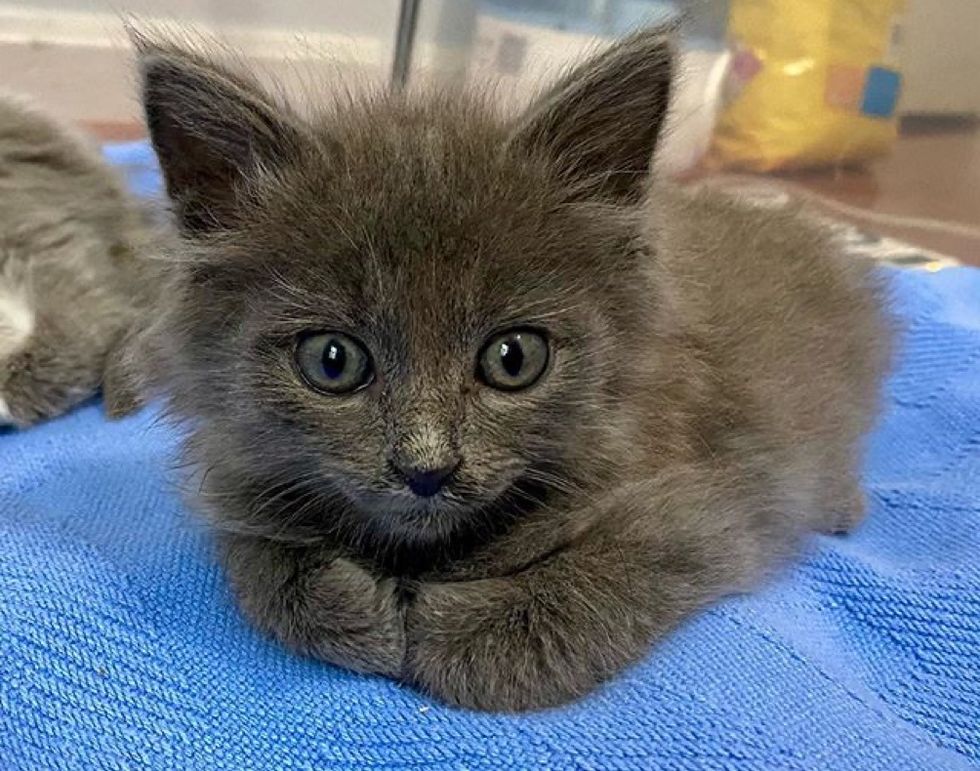 Karina’s resident cat, Beast, adores every foster kitten that comes through the door. He insists on lending a helping paw and teaching the kittens how to be a proper cat.

“He is always curious about what’s going on in the foster room,” Karina told Love Meow. 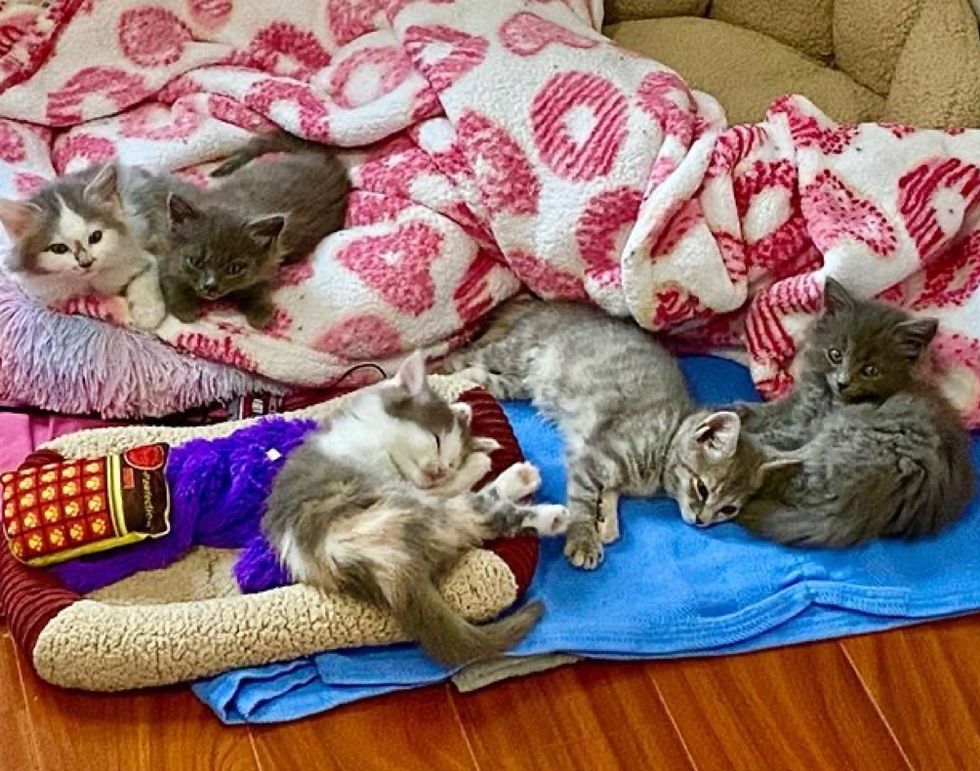 “The first two weeks, I kept the kittens separated from my cats just so everyone could get used to each other and to see if the kittens had any illnesses.

“Once the kittens could roam the house, Beast definitely was an older brother figure. He’d clean them, play with them, chase them. He acted like a kitten again which was so cute to watch.” 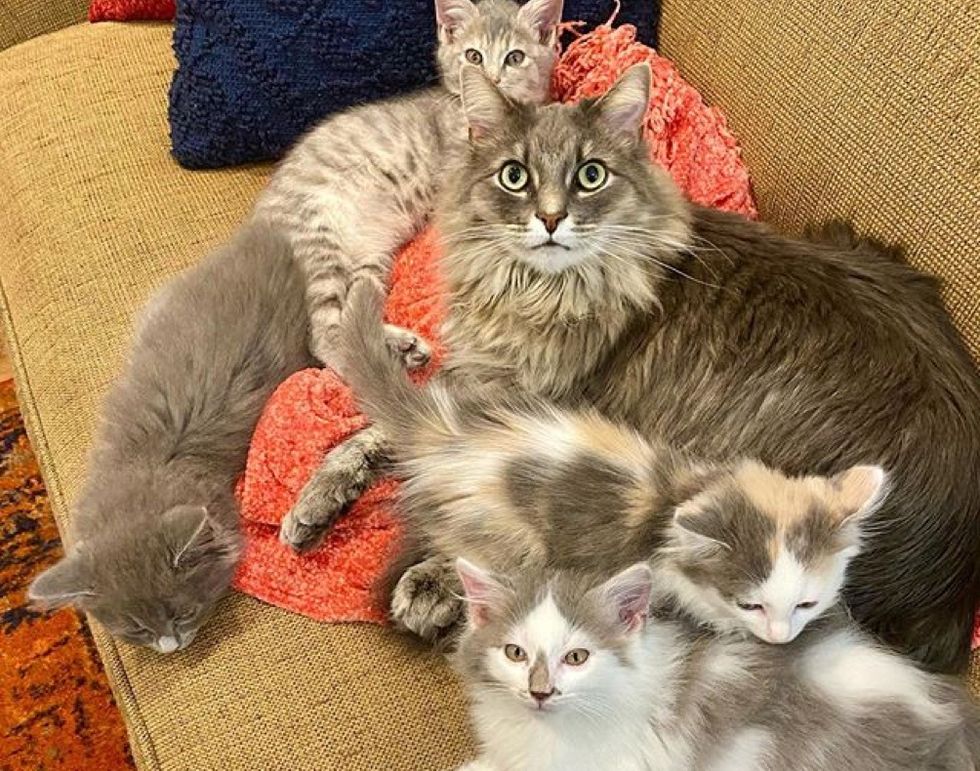 Beast the cat and his brother Cider came to Karina’s home as fosters when they were kittens. They crept their way into her heart and never left.

Now, the fluffy gentleman is giving the kittens the same love that he received when he was rescued. 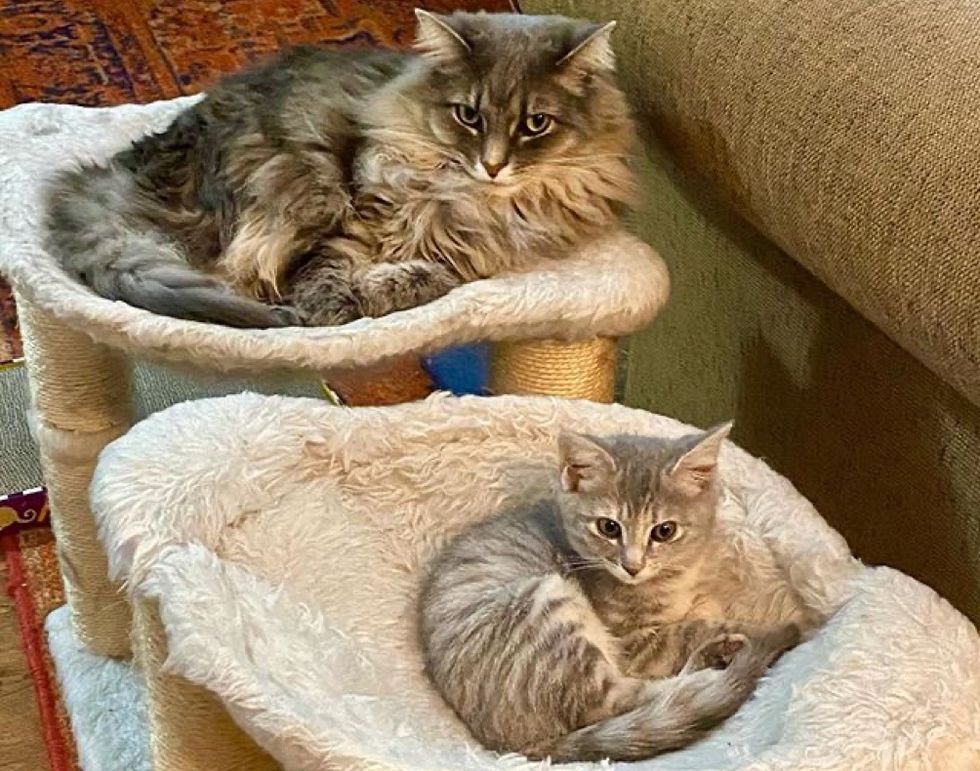 Beast showed the kittens how to eat from a bowl like a big kitty. Flower the little calico followed suit and tried to mimic his every move. 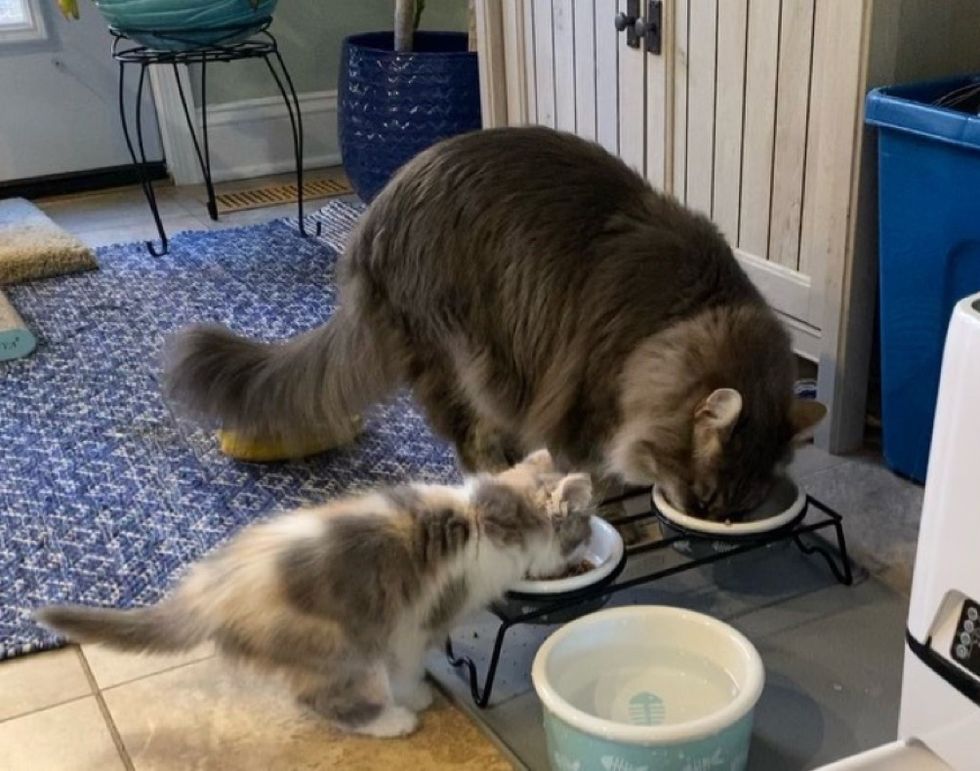 These five kittens have really blossomed since the day they arrived.

They are happy, confident, rambunctious little kittens who enjoy chatting with their people and cuddling on their laps. 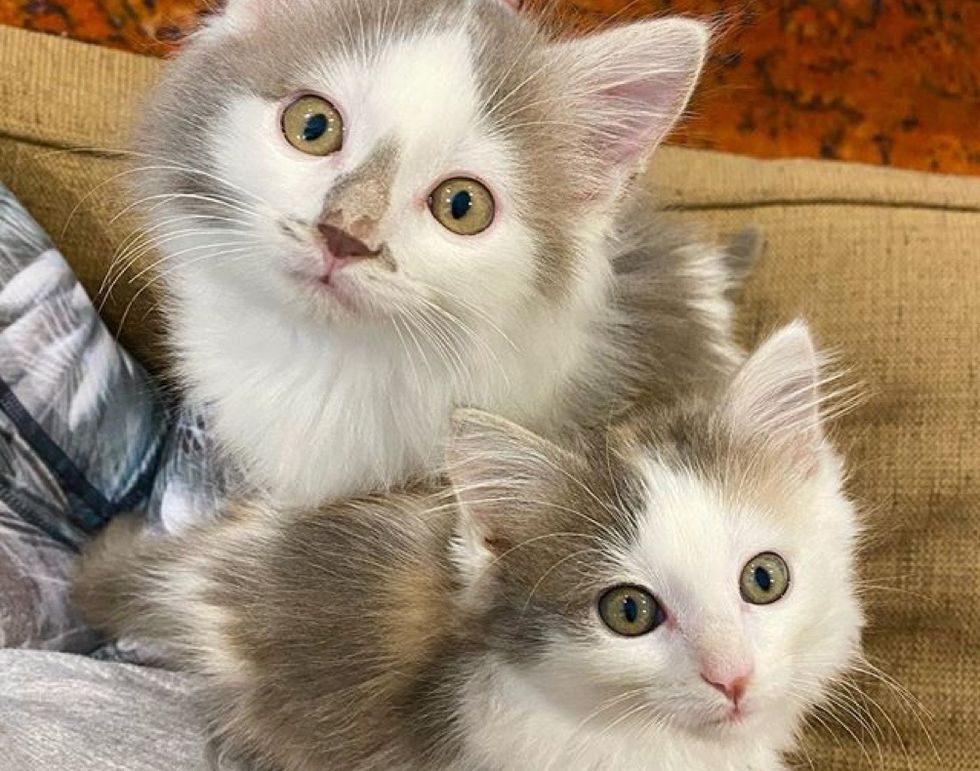 While Flower, Luke and Blossom still have some growing to do, their siblings Lily and BooBoo are ready to find a place of their very own.

Lily is the only tabby in the litter and the big sister who constantly looks out for her litter mates. 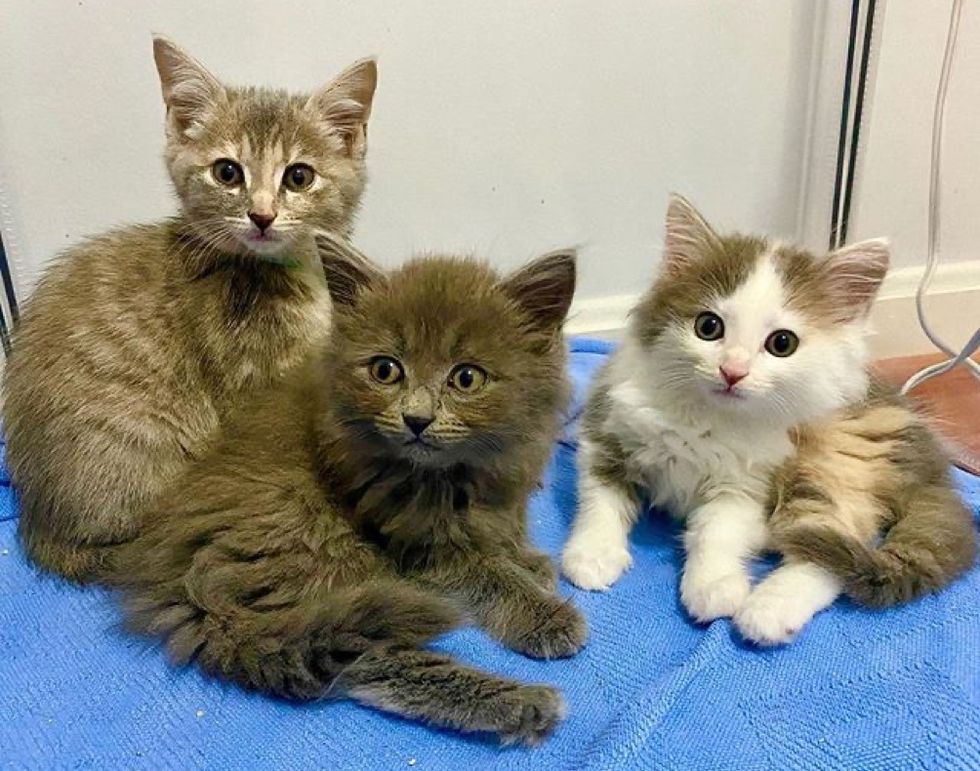 These kittens will never have to worry another day on the streets. They are thriving in foster care and have a great future ahead of them. 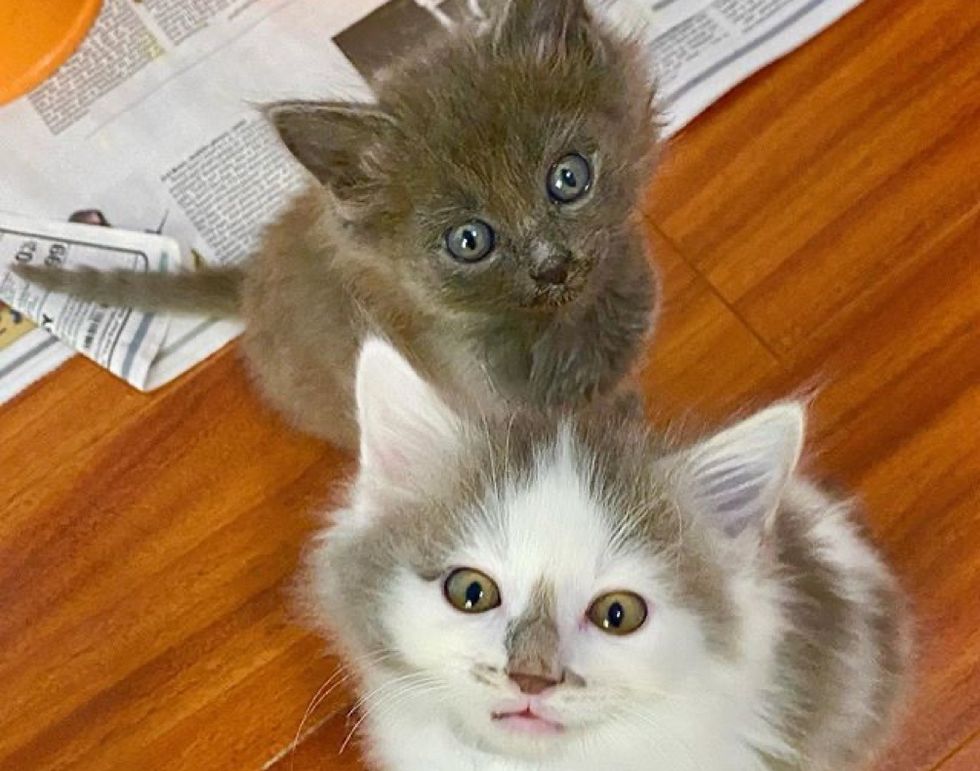